Nick Nunez had reason to be worried. The Easton senior 132-pounder had been headlocked and thrown to his back by Freedom junior Andy Evans in the first period of their quarterfinal match of the District 11 3A wrestling tournament Friday night at Liberty’s... 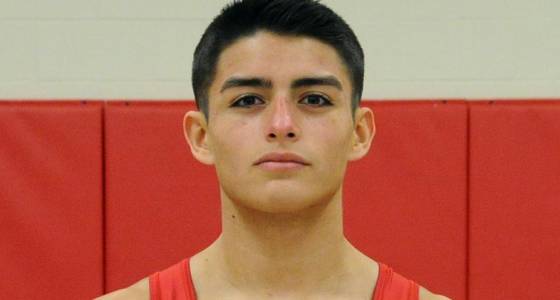 Nick Nunez had reason to be worried.

The Easton senior 132-pounder had been headlocked and thrown to his back by Freedom junior Andy Evans in the first period of their quarterfinal match of the District 11 3A wrestling tournament Friday night at Liberty’s Memorial Gym.

But, as Easton wrestlers so often have on this weekend at District 11’s “Cathedral of Wrestling,” Nunez, the No. 3 seed found a way back.

Nunez fought off his back and then scored 17 of the next 22 points to carry the day with a 17-10 decision over the sixth-seeded Evans to advance to Saturday’s semifinal round (10:30 a.m.), where he will meet No. 2 seed JJarred Papcsy of Bethlehem Catholic.

Nunez, now 22-7 on the season, is one of a quintet of Rover wrestlers in the semifinals. Joining him are seniors Darius Joyce (145), Hayden Keleher (152), and Max Viduszynski (195) and junior Jonathan Pineda (285). The Rovers stand sixth in the team score with 82 points with 10 wrestlers alive overall.

“I am pretty excited to make the semifinals,” Nunez said. “This is a lot better than I did last year. In the semifinals I just have to wrestle to my strength, taking shots and keep piling up points.”

That formula worked fine Friday for Nunez, who had pinned Andrew Schneider of Stroudsburg in 4:34 in his opening bout.

Once he got off his back, that is.

“He gave up the headlock, which surprised me,” Nunez said. “I knew I couldn’t let him pin me, so I fought back. In the third period, I think he was tired and I was able to wear him down and get takedowns.”

Easton head coach JaMarr Billman’s rigorous practices have become legendary, and Nunez said ut was that kind of work that allowed him to own the third period against Evans.

“We do a lot of conditioning.” Nunez said. “I just kept coming after (Evans).”

No reason for worry there for Nick Nunez.