Slick, icy road conditions may have played a part in a single-vehicle crash Saturday morning at the Oregon Coast, about four miles south of Newport. At about 7:40 a.m., Oregon State Police responded to a report of a crash on U.S. 101 near milepost 136.... 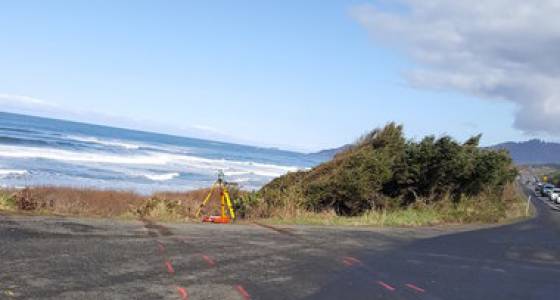 Slick, icy road conditions may have played a part in a single-vehicle crash Saturday morning at the Oregon Coast, about four miles south of Newport.

Troopers found that a green 2002 Ford Explorer had been northbound on the highway, slid sideways across the road and traveled over an embankment, coming to rest on its top in a small creek. The driver likely lost control due to icy conditions, the state police said in a news release.

The driver was identified as Edgar Mendez Romero, 40, of Newport, who died at the scene. He was wearing a safety belt when the crash occurred.

The Oregon State Police Mobile Response Team, which had been in the area because of the Newport Seafood and Wine Festival, assisted with this crash and numerous other ice-related crashes that occurred around the same time, the news release says.