Galleries Videos CONTACT ADVERTISE
Girne 11°
broken clouds
BUSINESS EDUCATION ENTERTAINMENT HEALTH POLITICS SCIENCE SPORTS TECHNOLOGY
15:40 Babbitt Alloy; an Efficient Bearing Surface
08:11 Stick it to “The Man” at the Zero Trust Security Summit
04:37 What to Consider When Starting Your Own Business
10:17 Clover POS System for Dental Offices
06:14 How Mobile Technology is Revolutionizing the World of Poker
20:31 The Importance of Banks in Our Lives
05:46 Things to Consider When Hiring a Criminal Defense Lawyer
09:15 Couple T-shirts are ideal for spicing up relationships
09:01 Laser Tattoo Removal and Its Amazing Benefits
07:58 Consolidate your medical bills with a debt consolidation
BIST
116829
GOLD
322.137
USD
6.0956
GPB
7.9019
EUR
6.6131
Breaking News
Why Go for Physical Therapy and How to Find the Best Therapist
Close

NEW ORLEANS—A man who allegedly plowed into a crowd enjoying the Krewe of Endymion parade on Saturday in the Mid-City section of New Orleans is being investigated for driving while intoxicated, police said.The accident came during one of the busiest... 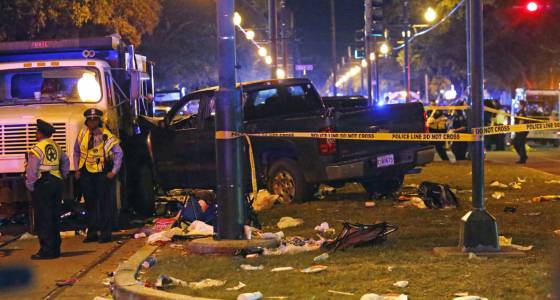 NEW ORLEANS—A man who allegedly plowed into a crowd enjoying the Krewe of Endymion parade on Saturday in the Mid-City section of New Orleans is being investigated for driving while intoxicated, police said.

The accident came during one of the busiest nights of Mardi Gras when thousands of people throng the streets of Mid-City to watch the elaborate floats and clamour to catch beads and trinkets tossed from riders.

“We suspect that that subject was highly intoxicated,” Police Chief Michael Harrison said on Saturday evening.

Harrison was asked twice by the media if terrorism was suspected. While he didn’t say “No” he did say it looks like a case of DWI.

The victims range in age from as young as 3 or 4-years-old to adults in their 30s and 40s, said Elder.

Among the injured was one New Orleans police officer. Harrison said the officer, who was on duty, was undergoing tests to determine the extent of her injuries. She was in “good spirits,” he said.

As police and city officials assessed the accident scene, people streamed home as plastic bags that used to hold trinkets and discarded beads littered the ground.

One woman at the scene told The New Orleans Advocate that a silver truck whisked by her just feet away as she was walking through the intersection.

Carrie Kinsella said, “I felt a rush it was so fast.”