Driver hit cop car on I-78, then fled, troopers say

Pennsylvania State Police are looking for a driver who struck a local police SUV Tuesday on Interstate 78, then took off. A Salisbury Township police officer responded to a call for a two-vehicle crash at 2:31 p.m. at mile marker 56.2, troopers at the... 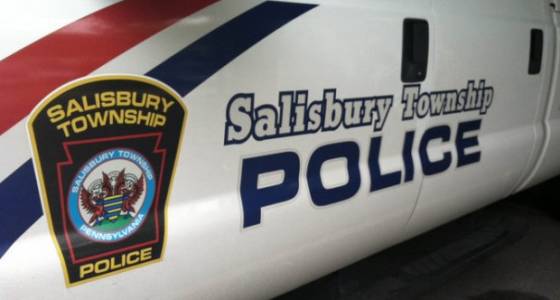 Pennsylvania State Police are looking for a driver who struck a local police SUV Tuesday on Interstate 78, then took off.

A Salisbury Township police officer responded to a call for a two-vehicle crash at 2:31 p.m. at mile marker 56.2, troopers at the Fogelsville barracks said.

Salisbury officer Jason Laky stopped his department Ford Explorer partially in the left shoulder and the left lane of the highway near the crash scene, troopers said.

MORE: Wounded robber tried to claim he was the victim, cops say

The driver of a black BMW with a California license plate, possibly a 500 series, was traveling in the left lane and hit the rear bumper of the police SUV with the sedan's front bumper, state police said. No one was hurt in the crash.

The BMW driver stopped, and was told to pull over onto the right shoulder, but troopers say the driver took off.

Anyone with information is asked to call state police at the Fogelsville barracks at 610-395-1438.