TAMPA — The 18-year-old driver involved in a drunken and deadly crash in north Pinellas County this weekend was arrested by the Florida Highway Patrol on Wednesday after he was discharged from Tampa General Hospital.6 Months Ago7 Months Ago6 Months AgoDonavan... 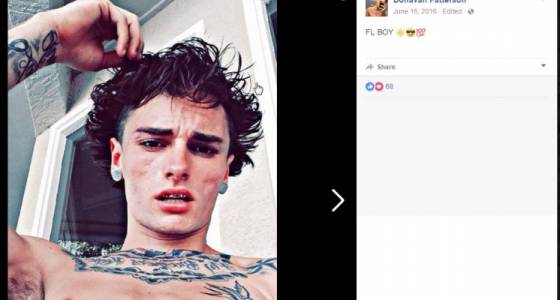 TAMPA — The 18-year-old driver involved in a drunken and deadly crash in north Pinellas County this weekend was arrested by the Florida Highway Patrol on Wednesday after he was discharged from Tampa General Hospital.

The 2 a.m. crash on Saturday at Curlew Road and McMullen-Booth Road and killed an 18-year-old woman, Jocelyn Schirmer. Eight others, ages 15 to 23, were all hospitalized.

According to FHP, Patterson and five others, all younger than 21, piled into a 2008 Dodge Caliber early Saturday. Troopers said Patterson had been drinking.

He ran a red light at Curlew Road and McMullen-Booth Road between Palm Harbor and Oldsmar, troopers said, crumpling the pickup truck of 22-year-old Dalton Cox.

Cox had also been drinking, investigators said. He had two passengers in his Ford F-250. Both received minor injuries.

Patterson's car burst into flames. Schirmer, of St. Petersburg, died instantly. She was not wearing a seat belt.

Before the crash, Patterson had written on Facebook that he was planning to drink. He was "tryin' not to remember my name (tonight)," he wrote, even though he had to drive. "(I'm going to) do it anyways, knowing me."

The crash left many of Patterson's passengers in critical or serious condition at local hospitals, including Jocelyn Schirmer's 17-year-old brother, Paul "PJ" Schirmer.

Jocelyn doted on her brother, friends remembered, performing songs together at school talent shows. She was popular on social media, a singer and a swimmer. She graduated from Pinellas Park High School last year.