Galleries Videos CONTACT ADVERTISE
Girne 13°
broken clouds
BUSINESS EDUCATION ENTERTAINMENT HEALTH POLITICS SCIENCE SPORTS TECHNOLOGY
08:11 Stick it to “The Man” at the Zero Trust Security Summit
04:37 What to Consider When Starting Your Own Business
10:17 Clover POS System for Dental Offices
06:14 How Mobile Technology is Revolutionizing the World of Poker
20:31 The Importance of Banks in Our Lives
05:46 Things to Consider When Hiring a Criminal Defense Lawyer
09:15 Couple T-shirts are ideal for spicing up relationships
09:01 Laser Tattoo Removal and Its Amazing Benefits
07:58 Consolidate your medical bills with a debt consolidation
19:48 Is your mind a certain people? Elina Tanskanen gives a task, which you...
BIST
120150
GOLD
301.554
USD
5.9395
GPB
7.7467
EUR
6.5447
Breaking News
Why Go for Physical Therapy and How to Find the Best Therapist
Close

Dr. Waldemar Cruz, cardiologist and audiophile, was in awe of much of the world

Whether he was listening to a heart beat through a stethoscope or the songs of Duke Ellington, Dr. Waldemar Cruz paid close attention to the patterns.“It was beautiful to him, the variations in sound,” said daughter Cristina Cruz-Jones. “He... 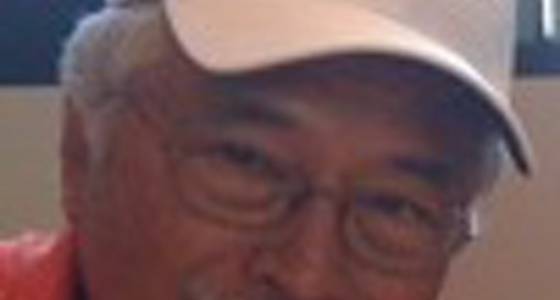 Whether he was listening to a heart beat through a stethoscope or the songs of Duke Ellington, Dr. Waldemar Cruz paid close attention to the patterns.

“It was beautiful to him, the variations in sound,” said daughter Cristina Cruz-Jones. “He was in awe of the beauty of the melodies and the lyrics.”

“That goes back to the heart, like hearing for differences through the stethoscope,” she said.

Cruz, who practiced cardiology in Edina for decades, died Feb. 14 at age 79.

The popular doctor was in awe of much of the world around him, reading voraciously and taking interest in anyone he chanced to meet. He developed many close relationships, forging them through shared activities like hunting, fishing, skiing and golfing.

“He was a very bright, charismatic and engaging man and he had a wonderful sense of humor,” said ex-wife Roberta Bixby. “He really did enjoy life. His laugh was very infectious. People loved being around him.”

Born in the Philippines, he progressed rapidly through school, finishing high school and college at early ages. He began piano while very young and rebelled against one piano teacher who wouldn’t let him play jazz.

After his medical training, Cruz started work in the mid-1960s at Fairview Southdale Hospital and remained there for many years. He helped shape many of its cardiac programs and for a time served as chief of staff. He also saw patients through his own private practice.

“He had a wonderful following as a physician,” said Colleen Powers, longtime girlfriend. “We’d run into people constantly or family of his old patients who had passed. We couldn’t go anyplace without somebody stopping him and thanking him.”

“He was always the kindest gentleman who didn’t care if you were the CEO or the cleaning person, in his mind you were no different,” Powers said. “He treated everyone with respect and caring.”

Known as Wally to many, Cruz had a knack for conversation with almost anyone, drawing on a vast body of knowledge.

“He was an avid reader with a photographic memory,” said Bixby. “He just devoured things and he retained it. That is probably what made him so fun to be around.”

A dedicated audiophile, one of his hobbies was to restore old audio equipment, even pieces with electronic tube technology.

Music was a big part of his life and he played the piano almost every day, with the skill to play music by ear. “You hummed two bars of anything and he knew it,” said Powers.

For daughter Cruz-Jones, his musical talents revealed a lot about how his mind worked. “It certainly wasn’t just notes for him,” she said. “It came down to figuring things out by ear. It was a puzzle. He would piece things together. That was part of medicine too.”

“He really took enjoyment from a lot of things,” she said. “He did not live in fear of anything.”

Although he was twice divorced, Cruz kept close ties with his ex-wives and his children, often bringing them together for holidays and gatherings.

“It was always civil and we always found a way to celebrate things,” said Cruz-Jones. “I attribute a lot of that to my dad because he was the reason that we were all together.”

Cruz is survived by ex-wife Teodora Cruz, ex-wife Bixby and girlfriend Powers. In addition to daughter Cruz-Jones, he is survived by children Wally Cruz Jr., Christine Cruz-Gorski, Felicia Cruz and Stella Algrem, as well as nine grandchildren. He also has a large extended family in the United States and the Philippines. A memorial celebration is being planned and is expected to occur in May.