Don't count Ben Paulsen out of Twins' DH/first base mix

FORT MYERS, Fla. – When Ben Paulsen was coming up through the minor leagues in the Colorado Rockies system, he knew his position was already occupied by Todd Helton, a five-time All-Star. When Paulsen finally reached the majors in 2014, Justin... 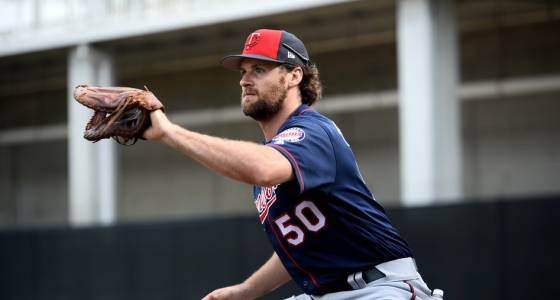 FORT MYERS, Fla. – When Ben Paulsen was coming up through the minor leagues in the Colorado Rockies system, he knew his position was already occupied by Todd Helton, a five-time All-Star. When Paulsen finally reached the majors in 2014, Justin Morneau, a former MVP and NL batting champion was playing first base.

Now he is trying to make the Twins, a team that has $23 million a season invested in its own former MVP and batting champion at first base, Joe Mauer.

Maybe he should be nicknamed “Roadblock” Paulsen.

Yet the thickly bearded first baseman, who was born in Plymouth, Wis., but grew up in the Atlanta area, insists he chose Minnesota during the offseason because the Twins represent “opportunity.”

“It doesn’t matter who you’re playing behind, you’ve still got the ability to earn a spot and help the team. Every time you wear the uniform, you’ve got an opportunity,” said Paulsen, a third-round pick in the 2009 draft out of Clemson. “I wouldn’t say [I’ve been] blocked — I’ve been fortunate to be around a lot of great first basemen who have helped me.”

Now the Twins are investigating whether the 29-year-old Paulsen can help them. Byung Ho Park and Kennys Vargas are the acknowledged leading candidates for a role as the designated hitter and Mauer’s backup at first base, but when that was mentioned to Twins manager Paul Molitorlast weekend, he quickly interjected, “I wouldn’t take Paulsen out of that [competition].”

With good reason. The lefthanded-hitting Paulsen has played 186 games in the major leagues, more than either Vargas or Park, and his career .762 OPS (on-base plus slugging) is higher than both. Paulsen’s numbers might be marginally boosted by playing in Colorado’s Coors Field, but his OPS on the road is better than either of his competitors’, too.

“He’s a bright guy with such a good baseball IQ,” said new Twins reliever Matt Belisle, a Rockies teammate of Paulsen’s in 2014. That IQ may be in the genes; Paulsen is the son of Winthrop University baseball coach Tom Riginos.

“His swing has really developed,” Belisle said. “I told him the other day, I thought he looked really good in the box. He’s a good low-ball hitter. He always seems to be able to throw his hands out there and rope it.”

His manager has noticed, too.

“I’ve found him to be an interesting character. Kind of quiet, but our conversations have been good,” Molitor said. “I know he’s done some things in the game at this level, from the lefthand side.”

Actually, he was projected to be Colorado’s first baseman of the future since the day he was drafted, and when Morneau suffered a neck injury and a concussion in 2015, Paulsen appeared to be stepping into that role. He was batting .300 a week into August, and making all the plays at first base.

“It was one of those situations where you hate for a guy to get hurt, but you’ve got to be ready,” said Paulsen, who finished the season with a .277 average, 11 home runs and frontrunner status for a starter’s job on Colorado’s depth chart for 2016.

It never happened. Colorado signed veteran Mark Reynolds, and Paulsen became a part-time player again. He was demoted to Class AAA in May and removed from the roster in September. But he wasn’t out of work for long.

“The Twins showed a lot of interest in me over the winter,” said Paulsen, who is also a former teammate of Twins special instructors Michael Cuddyer and LaTroy Hawkins. “They got me excited about coming here.”