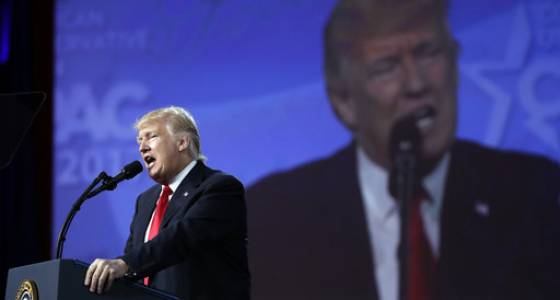 President Donald Trump will make his first address to a joint session of Congress on Tuesday, Feb. 28.AP Photo/Alex Brandon

It's not called the State of the Union address, but President Donald Trump's first address to a joint session of Congress is going to be watched closely by legislators, policy makers and viewers who want to hear the new president talk about his agenda for the country.

Though still in the early days of his presidency, Trump has been anything but shy. Thanks to an array of Twitter posts, a long press conference and assorted comments about what he thinks is right and wrong with the U.S., Trump has kept reporters busy.

In tonight's address, it's expected that Trump will try and make a case for increased military spending, and cuts to other government agencies.

Whether the tone will be an dark as Trump's inaugural address, or shift to a more Ronald Reagan-like optimistic vision remains to be seen.

CNN reports that, according to the White House, the theme of tonight's address is "Renewal of the American Spirit."

Naturally, TV will be over the address, with coverage on numerous channels. And late-night host Stephen Colbert will also be doing a special live edition of "Late Night" (well, live for East Coast viewers; here on the West Coast, we'll see it tape-delayed) to touch on whatever Trump talks about.

Here are details about how and when to watch:

What: President Donald Trump's first address to a joint session of Congress