Does your child want to help judge part of Cutest Cat contest? Nominate them before Feb. 28 at 10 a.m.

CLEVELAND, Ohio - Time is running out to nominate children, ages 5-12, to be part of the judging panel in cleveland.com's Cutest Cat contest. If your child loves cats and loves being filmed on camera, nominate them to be one of our pint-sized guest... 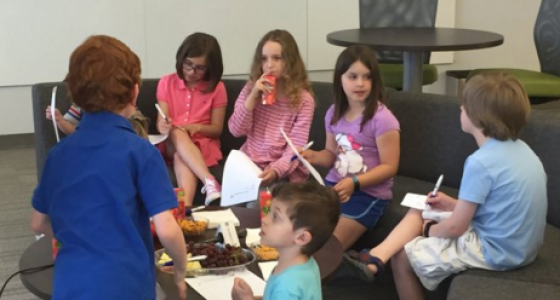 CLEVELAND, Ohio - Time is running out to nominate children, ages 5-12, to be part of the judging panel in cleveland.com's Cutest Cat contest.

If your child loves cats and loves being filmed on camera, nominate them to be one of our pint-sized guest judges for the Cutest Cat in Greater Cleveland contest.

The deadline to nominate your child is Tuesday, Feb. 28 at 10 a.m. See below for the nomination form and what to submit.

This panel of kiddos selected will play a small role in helping to determine the overall Cutest Cat winner. The panel will be featured on cleveland.com and social media in videos, photos and stories. Here's how it will work.

Photo galleries of cats entered in the Cutest Cat contest began running on cleveland.com on Feb. 6, and will continue to run through March 14.

Once the Top 10 is determined, voting in the finals will be three-pronged:

Here's how you can nominate your child to be a Cutest Cat judge:

Send an email, as well as a 30-second video, to best@cleveland.com with the following information (remember, the deadline is Feb. 28 at 10 a.m.).

Why would your child make a stellar cutest cat judge?

Also, in the email you need to include a 30-second video of your child explaining why they would like to be a judge in the Cutest Cat contest, and what they look for in a winning kitty.

Here's how kid judging will work

The kid judges will need to attend a judging session the week of March 27 at cleveland.com's office, which is located in downtown Cleveland. They will review cat photos as a group before voting for their Top 10.

Note: The cats will not be present. Drinks and snacks will be provided. We'll also interview the kids, on camera, to better understand what influenced their vote. They'll then be featured in a story, pictures and videos on cleveland.com and social media platforms.

Note: If a child's cat makes the Top 10, the child will be ineligible to judge in the contest.