Two years after an abrupt price hike for a lethal drug used by terminally ill patients to end their lives, doctors are once again rethinking aid-in-dying medications — this time because they’re taking too long to work.The concerned physicians... 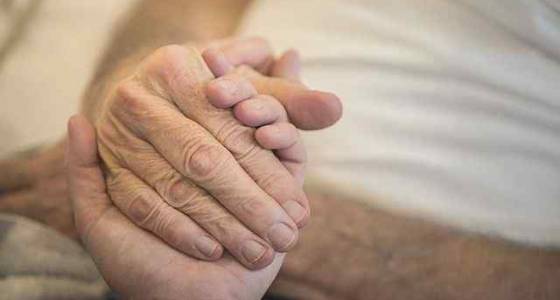 Two years after an abrupt price hike for a lethal drug used by terminally ill patients to end their lives, doctors are once again rethinking aid-in-dying medications — this time because they’re taking too long to work.

The concerned physicians say they’ve come up with yet another alternative to Seconal, the powerful sedative that was the drug of choice under Death with Dignity laws until prices charged by a Canadian company doubled to more than $3,000 per dose.

It’s the third drug mixture recommended by the doctors whose medication protocols help guide decisions for prescribers in the six U.S. states where aid-in-dying is allowed.

The first Seconal alternative turned out to be too harsh, burning patients’ mouths and throats, causing some to scream in pain. The second drug mix, used 67 times, has led to deaths that stretched out hours in some patients — and up to 31 hours in one case.

“[Twenty percent] of the cases were 3 hours or more before death, which we think is too long,” said Robert Wood, a retired HIV/AIDS researcher who volunteers with the advocacy group End of Life Washington, in an email. “The longest was 31 hours, the next longest 29 hours, the third longest 16 hours and some 8 hours in length.”

Patients and families are told to expect sleep within 10 minutes and death within four hours. When it takes far longer, family members get worried, even distressed, said Dr. Carol Parrot, a retired anesthesiologist who has prescribed drugs for dozens of aid-in-dying patients in Washington.

The doctors say this can be addressed with larger doses of the three drugs they have been using — diazepam, often used to treat anxiety; digoxin, used to treat heart issues; and morphine, a narcotic pain reliever — plus another heart medication, propranolol, in a four-drug cocktail aimed at quickly inducing death, Wood said.

Parrot and Wood are part of a seven-member group of doctors in the Northwest who came up with the three-drug protocol after Valeant Pharmaceuticals Inc., acquired the rights to secobarbital, known as Seconal, in 2015 and raised the price sharply.

“We wanted the new drug regime to be safe, reliable and effective — and cost $500 or less,” said Parrot.

Since 1997, when Oregon’s Death with Dignity law became the first in the nation, doctors had relied on fast-acting, relatively inexpensive barbiturates — either secobarbital or pentobarbital — for patients with terminal diagnoses who sought aid in dying in Oregon, Washington, California, Colorado, Montana and Vermont. The practice also has been approved in Washington, D.C., but is being reviewed by Congress.

Pentobarbital became unavailable after drugmakers blocked its use in U.S. death penalty executions.

“We run into patients who are so tolerant or dependent on narcotics that even the astronomically high doses of oral narcotics in our prescription do not stop them from breathing,” she said.

If patients have diseases that slow or alter normal organ function, it can affect the speed and amount of drugs absorbed in the small intestine, metabolized in the liver and sent to the rest of the body. Very large patients, too, may require larger doses.

Deaths aren’t required to be supervised, and no doctor was present with the unidentified patient who took 31 hours to die, so doctors would only be speculating about the reason, Parrot said.

“My personal experience is I haven’t had long deaths with it,” Shavelson said.

And not all doctors think long deaths are a problem. In Oregon, even with fast-acting barbiturates, time to death has ranged from one minute to 104 hours during the 20 years the law has been in effect, state records show.

“I’ve heard stories where it took quite a number of hours to die, and it was fine,” said Dr. David Grube, an Oregon-based medical director for the advocacy group Compassion & Choices.

Scott and Amy Kreiter, of Wenatchee, Wash., didn’t know what to expect when Scott’s mother, Patricia Hansen, 69, decided to take the lethal drugs on Dec. 26, 2016. Hansen, a lively woman who once ran a gourmet ice cream business, had endured frequent hospitalizations for end-stage kidney failure, congestive heart failure and other ailments.

“She said, ‘I want to listen to Willie Nelson, I want to play a game of Scrabble, I want to drink a Rob Roy or two, and then I want to be done,’” Scott Kreiter, 47, said.

Hansen proceeded to “kick our butts” at Scrabble, her son said — including fulfilling a goal of getting a triple-word score with a dirty word. Then she mixed the drugs with scotch and drank the solution.

“She didn’t complain. She just took it,” her son recalled. “She said, ‘You thought I’d chicken out, didn’t you?’”

Within two minutes of downing the mixture, Hansen was asleep. Within 20 minutes, her breathing had stopped.

“We thought it would take one to two hours,” Amy Kreiter said. “It if had gone on for hours, we would have thought we did it wrong.”

Critics of aid-in-dying say growing reports of overly long deaths underscore their objections. Dr. David Stevens, CEO of Christian Medical & Dental Associations, which has tried to halt or reverse laws, said coming up with new drug protocols could eventually be a step toward Holland’s practice of allowing euthanasia by lethal injection “so the patient could be killed ‘humanely.’”

“We are heading down that same path,” Stevens said in an email.

But Parrot and other frequent prescribers of aid-in-dying drugs say they are looking for the best way to honor the wishes of patients in states where the practice is allowed. Doctors recently began using the newest drug mixture and will gather data about its effectiveness.

“We’re not experimenting,” Parrot said. “We are working with available drugs to provide dying patients a comfortable, peaceful death that is reliable and safe for them and comforting for their families as well.”