BERKELEY >> A disaster expert’s review of the Oroville Dam spillway emergency says the Department of Water Resources could have prevented everything with better design, better construction and better maintenance.Robert Bea prepared the report... 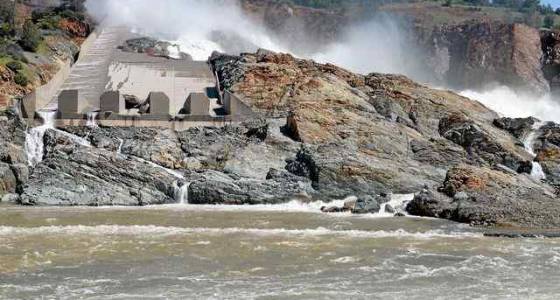 BERKELEY >> A disaster expert’s review of the Oroville Dam spillway emergency says the Department of Water Resources could have prevented everything with better design, better construction and better maintenance.

Bea is a former engineer with the U.S. Army Corps of Engineers and UC Berkeley professor who helped found the university’s Center for Catastrophic Risk Management. He has worked on numerous disasters and was recognized by the U.S. Senate for his review of what went wrong during Hurricane Katrina and the Gulf Coast BP oil spill.

Most of the 78 pages consist of pictures and diagrams with text and arrows highlighting issues. The first few pages, however, lay out the conclusion Bea reached that the disaster was “developed and propagated by DWR during the gated spillway design, construction and maintenance activities.”

Research consisted mostly of studying photographs from DWR and media organizations including this newspaper, but Bea also had a chance to visit the Oroville Dam as a guest of the state water agency.

“We told them what we were doing. We got good responses with one exception,” Bea said.

That exception was inspection documents. The former professor used his research contacts to build a “gradual accumulation of the documentation background,” he said.

One thing found in the spillway that Bea says doesn’t coincide with the design plans are 6-inch clay flanged pipes.

The designs show only 4-inch pipes, but Bea thinks he knows what happened.

A thicker pipe could make for better drainage, but Bea shows in the report that the concrete in certain spots directly on top of those pipe flanges may have been under 5-inches thick.

Bea thinks that made a difference even though the overall thickness was a minimum of 15-inches.

“Well, it broke, teared on the dotted line,” he said referring to photos in the report that show the concrete sheared off along a line where he says a 6-inch pipe went through the construction.

One picture Bea studied taken Jan. 27 by this newspaper shows possible damage weeks before the hole was noticed.

It also shows what he says are clogged drains.

The pipes that run through the concrete go from the center to the outside edges of the spillway, where they bend to point downhill then bend again into and through the walls of the structure. The pipes drain water back onto the spillway that leaks into concrete slab joints and accumulates in the gravel and sediment bed under the concrete.

Pictures Bea studied show water flowing from all the drains but two, and both clogged drains are adjacent to the eventual hole.

“That water pressure is acting under the slabs and it’s pretty strong pressure,” he said.

Homeowners with sidewalks too close to trees have seen how large roots can buckle the pavement. Imagine what happens when those roots are under a concrete spillway.

The report points out huge trees with branches that overhang the 25-foot-tall spillway wall in inspection report pictures from 2008 to 2014.

Bea thinks those roots clogged the drains and weakened the concrete.

But on Feb. 9, dirty water flowed out of the hole, and Bea says that dirt shouldn’t have been under the spillway.

Design plans called for areas with gravel and dirt sediment to be “back-filled” with concrete, according to the report.

Echoing other observations reported in this newspaper, Bea said there wasn’t enough reinforcing steel rebar in the concrete and that rebar should have connected the concrete slabs together.

In addition, Bea concluded the joints between the concrete slabs leaked too much.

“That thing that was an early clue for me was seeing the wall chutes empty really large amounts of water,” Bea said. “That water shouldn’t be there.”

When asked about the report, DWR’s media and public information chief Ted Thomas wrote, “We share the public’s desire to know exactly what went wrong with the gated flood control spillway at Oroville Dam, and the most thorough, comprehensive examination is underway by the independent forensics analysis team selected by the Association of State Dam Safety Officials and the U.S. Society on Dams.”

A ROAD MAP TO DISASTER

Bea said he sees a pattern of design, construction and maintenance shortcomings with every disaster he reviews.

“They’re not evil people, they’re not stupid people,” he said. “But I would sit and look at those photographs and say, ‘Why aren’t the Department of Water Resources inspectors and engineers tracing it back all the way back to 1965? Why haven’t they been watching it?’”

And he is convinced it didn’t have to happen.

“When I watched y’all having to go through that — I call it a terrifying evacuation — I was just shaking my head because it was a trauma that didn’t have to happen.”