Despite talk, it's business as usual for transportation

A similar scene unfolded on both sides of the bay this week:In Hillsborough, county commissioners evaluated how to spend $812 million allocated for transportation in the next 10 years.In Pinellas, the transit authority board — comprised of city and county... 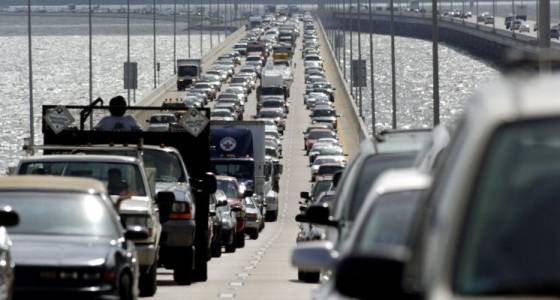 A similar scene unfolded on both sides of the bay this week:

In Hillsborough, county commissioners evaluated how to spend $812 million allocated for transportation in the next 10 years.

In Pinellas, the transit authority board — comprised of city and county leaders — debated what routes and vehicles best served the county.

Each had a moment when one member paused the discussion, raised a copy of a recent Tampa Bay Times article revealing the region has one of the worst transit systems in America, and sent the message that "We need to do better.''

And in each boardroom, the result was the same: leaders decried the state of public transit, spoke platitudes, and continued with the agenda. No new funding. No new plans.

Hillsborough commissioners each took turns speaking to the need for a better system.

"We have woefully underfunded transit," Commissioner Pat Kemp said in a Wednesday meeting.

"I know, as you know, that need is there," Commissioner Victor Crist said.

"Bottom line is, folks, we do not fund transit the way we should," Commissioner Les Miller said.

But when the meeting ended, the use of the $812 million remained the same. About $1 million will go to transit projects — a study of a proposed ferry connecting MacDill Air Force Base to south county and Hillsborough Area Regional Transit Authority's pilot program for on-demand car service to and from bus stops in south county. The rest, just under $811 million, will go to roads, sidewalks and safety projects.

There were no proposals to take some of that money and allocate it toward bus service. Hagan said after the meeting that he thinks the money is "still subject to being revised" and that he's "open to considering additional transit funding" within the plan.

When asked if he would be willing to make a motion to move funding from some of those road projects to transit projects, he said, "That's too early to tell."

Pinellas Suncoast Transit Authority board members met for more than four hours Wednesday in a highly attended meeting focused on the Jolley Trolley and electric buses.

Amidst the discussion, County Commissioner Dave Eggers read excerpts from the Times article explaining that other similar-sized cities do more to provide transit service for those who rely on it.

"That, to me, is our number one social responsibility: providing rides to people," Eggers said. "And we do a poor job of that. Matter of fact, we do a horrible job of that."

"It's disturbing," Oldsmar Mayor Doug Bevis said of the article's findings. "I cannot imagine someone that's dependent on the bus ... and you're spending three and four and five hours a day on it."

Bevis said the board needs to look at ways to make the experience better for commuters, whether it's more buses on the road, higher frequency of service or another solution.

The board made no new motions.

PSTA is dependent on property taxes, federal and state grants and fare box revenue for funding.

Each county placed a sales tax for transportation on its ballot in the past six years — Hillsborough in 2010, Pinellas in 2014. Both failed.

St. Petersburg Mayor Rick Kriseman said he wasn't surprised at all that the Times found the region to be one of the worst, most underfunded transit systems in the country, but he was "incredibly frustrated."

"It puts us at such a disadvantage as a city, as a region and as a state economically," Kriseman said Friday.

That frustration is amplified as a leader of a city in Florida, he said. The state does not allow cities to put referenda for transit funding on election ballots, and instead delegates that right to counties. As a result, cities are left with limited options to fund transit projects.

"We either get real creative where we look at trying to provide funding ourselves, which is what we did with the ferry project, or we hope we can maybe get some federal dollars," Kriseman said. "Aside from that, there's just not a whole lot of options for cities."