Xochitl and Jorge have been thinking a lot about the day federal immigration officials come knocking on the front door of their mobile home.The couple, who entered the United States illegally more than a decade ago, now live in Santa Rosa with their children,... 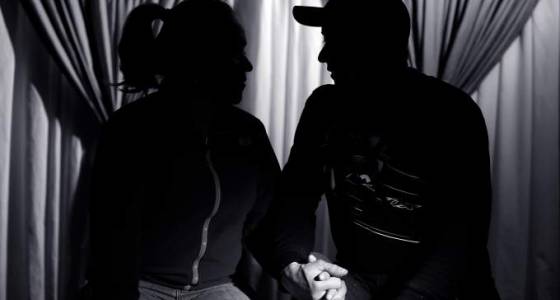 Xochitl and Jorge have been thinking a lot about the day federal immigration officials come knocking on the front door of their mobile home.

The couple, who entered the United States illegally more than a decade ago, now live in Santa Rosa with their children, two of them born in the United States. Their 11-year-old son, a U.S. citizen, sensing his parents’ tension and fear, recently told his mother that he wished he was older so that he could help them, somehow.

“I tell him, ‘Don’t you worry about that. You have to live your childhood, be happy,’” said Xochitl, who along with her husband asked that only her first name be used for fear of being targeted by federal immigration agents.

Xochitl came to the United States illegally 12 years ago with her oldest daughter to be with her husband, who had crossed the border through the Sonoran desert two years earlier. Like many of the estimated 30,000 undocumented immigrants in Sonoma County, they are living in fear — some in a state of panic — now that they are in the crosshairs of President Donald Trump’s administration.

Spurred by the growing fear of unprecedented deportations, undocumented residents such as Xochitl and Jorge are drawing up plans for the worst-case scenario. They ask themselves the same questions: Who will care for their children? Do they have enough money in their wallets? Will they have access to their bank accounts? Do their children have valid passports?

“There is a lot of panic. I would say that many of them are terrorized,” said Dina Lopez, senior program manager of immigration services at Catholic Charities, a Santa Rosa nonprofit that provides services to immigrants, seniors and the poor.

The fear is real, one Sonoma Valley landscape business owner said last week. Many of his employees are deeply frightened of being deported, said the owner, who is an American citizen but asked to remain anonymous to protect his employees.

“Anybody who is not legal is afraid,” he said, his voice choking with emotion. “There are those of us who are here and are legal and not worried about that. But we will be losing a lot of extended family.”

Since Trump signed two executive orders in late January promising tougher border enforcement and stepped-up deportations, immigrants, both documented and undocumented, have been seeking help from their employers and groups such as Catholic Charities. Some want to know if they have any rights, while others seek information about what they should do if U.S. Immigration and Customs Enforcement agents come for them.

Still others seek guidance on filling out power-of-attorney forms to ensure someone will temporarily care for their children should they be swept up in an ICE operation. Some immigrants who are longtime legal permanent residents are finally starting the process of obtaining their U.S. citizenship.