WASHINGTON – Democrats have invited immigrants, refugees and Muslim Americans to President Trump’s first address to Congress on Tuesday in a political statement against his immigration policies.Members of Congress are taking full advantage of their one... 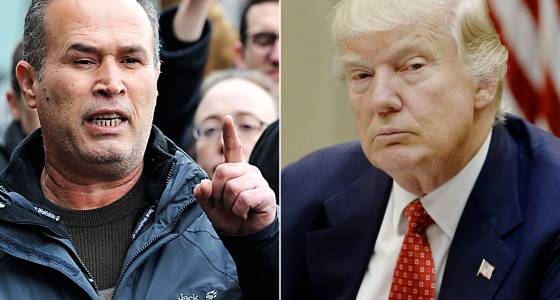 WASHINGTON – Democrats have invited immigrants, refugees and Muslim Americans to President Trump’s first address to Congress on Tuesday in a political statement against his immigration policies.

Members of Congress are taking full advantage of their one invite each for presidential speeches by filling their lists with guests who could be harmed by the White House policies or who have made significant contributions despite discrimination.

“Hameed Darweesh risked his life in dangerous circumstances in Iraq, working alongside the U.S. government. Now that he’s relocated to our nation, his presence Tuesday will send a powerful message about America’s greatness and its diversity,” Velazquez said in a statement to The Post.

House Democratic Leader Nancy Pelosi called the decision to bring people affected by the president’s policies “a normal thing to do.”

Pelosi’s office said the name of her guest will be released on Tuesday.

She and Senate Democratic Leader Charles Schumer will deliver a pre-buttal to Trump’s speech Monday afternoon.

“I want Trump to see the face of a woman, the face of a Muslim, and the face of someone whose family has enriched and contributed to this country despite starting out as refugees,”Gutiérrez said in statement. “Trump needs to know that real people are hurt by his policies.”