Democrat giving response to Trump speech calls himself a Republican 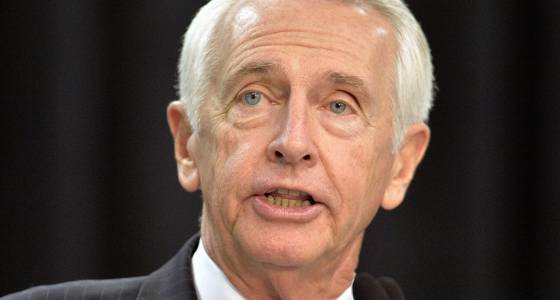 The Democrat giving the response to President Trump’s congressional address Tuesday seemed to have forgotten what party he was representing — when he inexplicably called himself a Republican during his address.

“I’m a proud Democrat, but first and foremost, I’m a proud Republican, and Democrat, and mostly, American,” former Kentucky Gov. Steve Beshear said via telecast from a diner in his home state.

It was not clear why Beshear called himself a “proud Republican,” but the small group of supporters surrounding him did not seem to balk as he flip-flopped affiliations.

Beshear did two terms as Kentucky governor and one as lieutenant governor, in addition to four years as the state’s attorney general and six in the its legislature — all as a Democrat.