CaptionCloseBradley Lynn Dehart, a beloved teacher at the International School of the Americas and a musician and vocalist with National Standard, a band made up of teachers from the school, died in an automobile accident Feb. 18. He was 45.Popular for his... 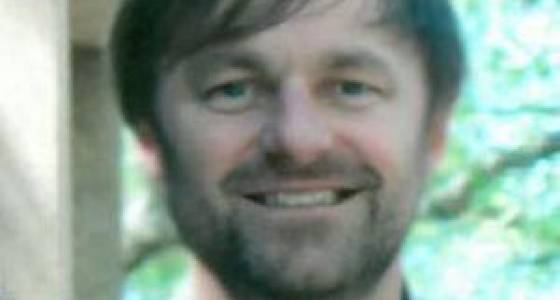 Bradley Lynn Dehart, a beloved teacher at the International School of the Americas and a musician and vocalist with National Standard, a band made up of teachers from the school, died in an automobile accident Feb. 18. He was 45.

Popular for his gentle, open demeanor, Dehart was especially good at helping his students discover their true interest in life.

“He had this uncanny knack for helping them develop their passion or their goals in a more productive way,” friend and colleague Ryan Sprott said. “He never squished anyone’s dream; he helped them refine it.”

Raised mostly in Arlington, Dehart graduated from the University of North Texas with a degree in education in 1994.

His first teaching position was at North Dallas High School in Dallas, where he taught English, including English as a Second Language to older boys from Guatemala.

“He almost felt humbled to be teaching them … they’d had such a tough life,” his wife said. “It was a phenomenal job because it was such a diverse student population.”

Marrying in 1996, Dehart and his wife lived in New Mexico for a few years before settling in San Antonio, where he began his career at the International School of the Americas.

There “he found his true place,” Laura Dehart said. “It nurtured his creative way of teaching … outside the box to reach kids.”

His students weren’t the only people who benefited from Dehart’s teaching philosophy.

“He was very free-flowing,” Sprott said. “He always reminded me of the reason I got into teaching; he represented that better than anyone I ever met.”

Teaching himself to play the guitar as an adult, Dehart worked diligently to improve, a time his wife recalled without fondness.

“We had a housemate in college and they decided they were going to be musicians,” Laura Dehart said. “They taught themselves how to play guitar by playing badly all the time.”

Even so, Dehart soon became good enough to play in a few bands, most recently National Standard, which was made up of he and a his fellow teachers.

Playing gigs at The Cove, Alamo Beer and The Pigpen, among other venues, Dehart also brought music into his classroom.

“He was an involved teacher,” his father-in-law Mike Edelmann said. “He was more than an English teacher; I’d say he was a mentor.”