CLEVELAND, Ohio - Cuyahoga County will spend $1 million to buy property and create a parking lot because it misjudged how many people would be working in the Halle Brothers Warehouse, used primarily for storage. The warehouse at East 40th Street and Perkins... 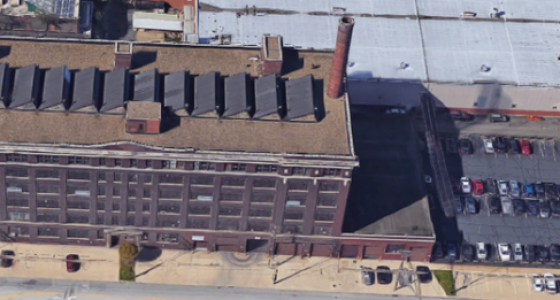 CLEVELAND, Ohio - Cuyahoga County will spend $1 million to buy property and create a parking lot because it misjudged how many people would be working in the Halle Brothers Warehouse, used primarily for storage.

The warehouse at East 40th Street and Perkins Avenue is being leased by the county to consolidate records from several locations, including the county archives.

"Unfortunately when we moved forward with that project there was no accounting for parking,"  Dever said."We were lucky enough to be able to identify a parking lot in close proximity."

Council member Michael Gallagher was angered by the proposal.

He said council in 2013 questioned whether parking would be sufficient before it voted to lease the building and Dever's predecessor, Bonnie Teeuwen, said it would be.

"We disagreed vehemently," he told Dever. "This is not on you. This was not our pick of buildings and the money we put it into it was ridiculous. Now we are spending $1 million on parking."

He said board of elections officials said they would not need more parking, so the board should have to pay for the lot.

"Now we are getting a million-dollar tag," he said. "This was not our pick. Your predecessor shoved this literally down our throats."

What is the status of the building?

The building needed new wiring, HVAC, sprinkler, alarms and had to be handicap accessible.

What is in the building?

Board of Elections - operations center and storage.

When will renovations be complete?

Dever said the renovations will be completed by summer.

The county is spending $219,000 this year to continue to store furniture and documents at RTA's garage in Newburgh Heights. The items should be moved into the warehouse by the end of the year.

County Council in November 2013 agreed to sell the existing county archives building, a Victorian, Italianate mansion built in 1874 on Franklin Boulevard on Cleveland's West side for $650,000 to Welcome House Inc. The nonprofit company plans to convert the building into housing for residents with developmental disabilities.

The county expected to be out of the building by the end of 2015 but is continuing to lease it for $10 a year.

Welcome Home executive director Tony Thomas said in 2015 that the organization planned to use the building and was raising funds. He could not be reached for comment on Monday.

Where is the new parking lot?

Dever said the proposed parking lot is adjacent to a parking lot leased by the county at the southeast corner of Perkins Avenue and East 40th Street.

The new lot will also be used for employees and visitors to the Jane Edna Hunter Social Services building, Dever said.