Gov. Cuomo’s “zero tolerance” policy against abusing the public trust might not be as strict as it sounds.Cuomo appeared Sunday with Nassau County Executive Ed Mangano to tout a road-improvement project — the first time the two have been in public... 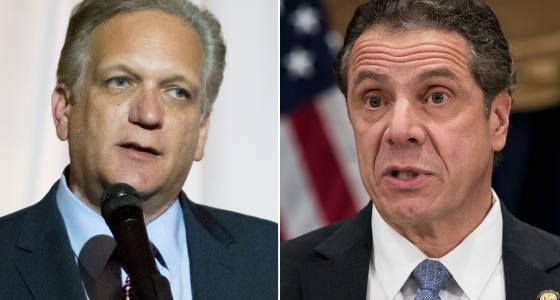 Gov. Cuomo’s “zero tolerance” policy against abusing the public trust might not be as strict as it sounds.

Cuomo appeared Sunday with Nassau County Executive Ed Mangano to tout a road-improvement project — the first time the two have been in public together since Mangano and his wife, Linda, were charged in October with accepting gifts from a restaurateur in return for government contracts.

Cuomo took pains to soften Mangano’s legal predicament at the Long Island press conference — at one point referring to the federal charges as “his personal situations.”

“The county executive and I have a working relationship,” Cuomo said. “There are a lot of state projects that are going on, and I’m working with him the way I have.”

Cuomo has been much more critical when it comes to alleged corruption within his own administration.

When longtime family friend and adviser Joe Percoco was indicted in September, he said at the time he has “zero tolerance for abuse of the public trust from anyone.”

“If anything, a friend should be held to an even higher standard,” he added.