Peter Truog of Fund for Our Economic Future in ClevelandShannon Ahlstrand Photography  A recent article by Steven Litt reviewed a study released by the Center for Population Dynamics at Cleveland State University that celebrated the remarkable job growth... 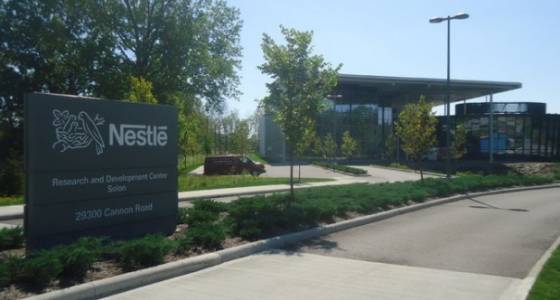 A recent article by Steven Litt reviewed a study released by the Center for Population Dynamics at Cleveland State University that celebrated the remarkable job growth occurring in Cleveland's Health Tech Corridor. In particular, the study highlighted how transit investments can help catalyze job growth in surrounding areas.

The criticality of job access is an issue the Fund for Our Economic Future has championed for some time. We agree that the Health Tech Corridor has grown spectacularly and is an important asset for our region's economic competitiveness.

Growth in transit-accessible urban job hubs like the Health Tech Corridor helps stem the outward migration of jobs and makes the region's growth more environmentally and fiscally sustainable. Indeed, our Fund recently chose to relocate to an office right along the Health Tech Corridor, due in part to the convenience and accessibility provided by the rapid bus transit.

But bringing "jobs to people" is only half of the story; we must also bring "people to jobs." We need transit investments that improve connectivity to suburban job hubs like Solon.

Connecting residents to suburban job hubs is not "a problem of yesterday," as the CSU study asserts. It is an economic reality -- perhaps even a lifeline -- to many Clevelanders. The study risks encouraging "zero-sum" transit funding discussions where urban centers vie to win a larger share of a fixed transit investment "pie." We should instead discuss enlarging the pie, and promote creative transit solutions that address the reality of where jobs are located in our region.

An analysis of employment gains in and around the Health Tech Corridor can help illustrate why.

Furthermore, nearly half of the referenced employed residents work outside of the city of Cleveland; Solon is among the top employment destinations (see the embedded map for a complete picture of where these residents work).

Where residents workFund for Our Economic Future

A quick Google Maps search indicates that without a car, it could take two buses, over 90 stops and 100 minutes to get from these neighborhoods to Solon. One way.

We fully agree that urban workers in "economically distressed neighborhoods can't afford the time involved in long transit commutes to far-flung jobs in suburbs," yet half of those employed are making that commute. Why?

Many growing hubs like Solon have a high concentration of manufacturing jobs accessible to workers at multiple entry points. Despite heavy job losses over the past few decades, regional manufacturing employment has stabilized since 2009. According to Team NEO, these jobs now constitute approximately 25 percent of regional employment and are forecasted to remain an integral part of our regional economy for at least the next decade.

Thus, even if "re-urbanization" continues, Solon and communities like it will remain important economic hubs with jobs for multiple skill levels. As such, it is not only an economic reality, but truly an economic imperative to include these communities in the transit discussion.

Making jobs more accessible is crucial to our region's economic success. We are thrilled that urban transit infrastructure is increasingly recognized as a key ingredient that can help bring jobs to people. We are investing Fund time and resources into making the Opportunity Corridor, another high-potential urban job hub, a similar success. But we also cannot ignore the reality of our region's job landscape. Let's work together to find new and creative ways to help bring people closer to jobs.

Peter Truog is director of civic innovation and insight at the Fund for Our Economic Future in Cleveland.