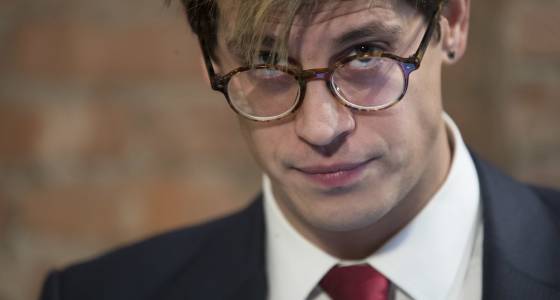 The decision to rescind the invitation was prompted by the surfacing of videos — long available on the Internet — in which Mr. Yiannopoulos praised pederasty, i.e., sex between older men and pubescent boys as young as 13.

From the outset, many on the right who do not consider themselves part of the Cult of Milo opposed his CPAC invitation. The disturbing thing is that, absent these videos, we would have lost the fight.

And that's part of the problem. We are in a particularly tribal moment in American politics in which "the enemy of my enemy is my ally" is the most powerful argument around.

Evolutionary psychologist John Tooby recently wrote that if he could explain one scientific concept to the public, it would be the "coalitional instinct." In our natural habitat, to be alone was to be vulnerable. If "you had no coalition, you were nakedly at the mercy of everyone else, so the instinct to belong to a coalition has urgency, pre-existing and superseding any policy-driven basis for membership," Mr. Tooby wrote on Edge.org. "This is why group beliefs are free to be so weird."

We overlook the hypocrisies and shortcomings within our coalition out of a desire to protect ourselves from our enemies.

Today, the right sees the left as enemies — and, I should say, vice versa. Mr. Yiannopoulos is a hero for many because he fights political correctness and is transgressive. A flamboyant provocateur who wears his homosexuality on his sleeve and acts very much like a left-wing performance artist, Mr. Yiannopoulos gives the right an edgy cultural avatar to pit against the left. At a time when entertainment and celebrity matter more than facts and arguments, he is an entertaining celebrity.

Until recently, Mr. Yiannopoulos was also a self-described "fellow traveler" of the avowedly racist and anti-Semitic "alt-right." He advanced their worldview primarily from his perch as a senior editor of Breitbart News, the website formerly run by Stephen Bannon, now a senior adviser to President Donald Trump, who once said he sought to make Breitbart "the platform for the alt-right." (Mr. Yiannopoulos resigned from Breitbart on Tuesday in the face of reported internal anger from staff.)

Last year, alt-righters got attention for hurling bigotry at Trump-skeptical journalists on social media. For instance, my National Review colleague David French was subjected almost daily to pictures of his adopted black daughter photo-shopped into a gas chamber, with a Nazi uniform-clad Donald Trump poised to push the button.

Mr. Yiannopoulos' defense of all this is that it is funny and rebellious: "Just as the kids of the '60s shocked their parents with promiscuity, long hair and rock 'n' roll, so too do the alt-right's young meme brigades shock older generations" with Holocaust jokes and Klan humor. It was, he and a colleague wrote for Breitbart, "undeniably hysterical."

Well, I can deny it.

Countless conservatives defend Mr. Yiannopoulos (who admits he's not a conservative) in much the same way Democrats defended the anti-Semitic "radio priest" Charles Coughlin as long as he supported the New Deal as "Christ's Deal." Conservatives cling to rationalizations to defend their champion. They say he "distanced" himself from the alt-right. Mr. Yiannopoulos did, cynically — only after "Daddy," his term for Donald Trump — was elected. They credit Mr. Yiannopoulos' claim that he can say anti-Semitic things because his grandmother was (supposedly) Jewish, and he can say racist things because he sleeps with black men.

These are the kinds of arguments a coalition accepts when it has lost its moral moorings and cares only about "winning." Free expression was never the issue. If it were, he'd be at CPAC (and Breitbart), perhaps restating his case for ephebophilia. Apparently, conservatives still draw the line there, but not at anti-Semitism or racism. The tent, sad to say, is big enough for that.

Jonah Goldberg is a fellow at the American Enterprise Institute and a senior editor of National Review. His email is goldbergcolumn@gmail.com. Twitter: @JonahNRO.