A Sydney, Australia couple is looking for answers after a major hospital accidentally sent their stillborn daughter to be cremated.Anthony Meyers and Stella Pirko were traumatized after their daughter was wrongly sent to the funeral home for cremation before... 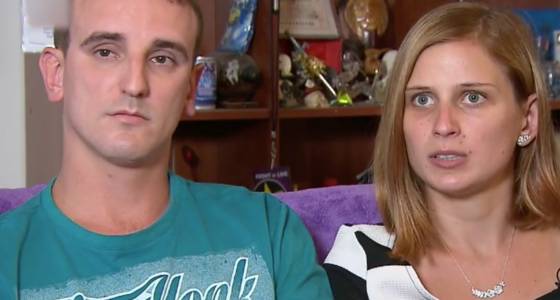 A Sydney, Australia couple is looking for answers after a major hospital accidentally sent their stillborn daughter to be cremated.

Anthony Meyers and Stella Pirko were traumatized after their daughter was wrongly sent to the funeral home for cremation before an autopsy had been done.

Pirko had to be induced at 28 weeks after scans showed her daughter had an enlarged bladder.

The couple were hoping an autopsy and genetic testing would provide answers about why their daughter Krystal Rose had the condition.

But they were devastated to find out that Liverpool Hospital left their stillborn daughter in the morgue for nine days before wrongly sending her to a funeral home for cremation.

“I came home, I was suffering … I was a mother without a baby and it was so hard,” Pirko told Nine News.

“It has impacted our lives, in a dramatic and horrific way,” Pirko said.

The couple’s paperwork went missing and a lack of hospital funding meant there was no full-time technician responsible for the hospital mortuary.

“We trusted them to do their jobs — to find out what happened to our baby. We cannot fathom how this happened,” she said.

She also questioned how their doctor, who also handled the couple’s request for follow-up testing, authorized the cremation when he knew the post-mortem hadn’t been done.

The cremation also robbed them of answers about why their baby developed an enlarged bladder and whether they could have more problems in the future.

The hospital has said it was an isolated case and it has since improved its processes. It is also looking to hire a full-time mortuary technician.

This article originally appeared on News.com.au.