Councilman puts former staffer vying for his job on payroll

Term-limited Brooklyn City Councilman Vincent Gentile has put former staffer Justin Brannan back on his payroll — while Brannan campaigns to succeed him.That gives Brannan a chance to raise his profile while collecting a government paycheck.Gentile has... 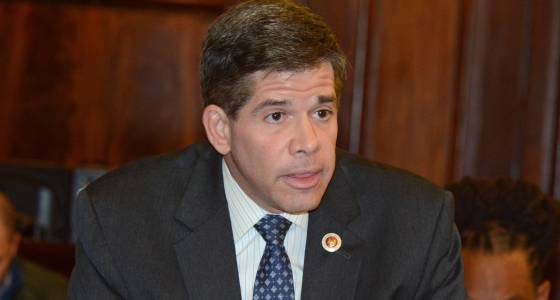 Term-limited Brooklyn City Councilman Vincent Gentile has put former staffer Justin Brannan back on his payroll — while Brannan campaigns to succeed him.

That gives Brannan a chance to raise his profile while collecting a government paycheck.

Gentile has told south Brooklyn leaders that he rehired Brannan to please Mayor de Blasio, who is expected to back Brannan to replace Gentile, a Democratic Party insider said.

After de Blasio was elected mayor, Brannan ended his first stint on Gentile’s staff and served as the DOE’s deputy director of intergovernmental affairs for three years.

Gentile, who hopes to be made a judge by de Blasio, defended his rehiring of Brannan and dismissed as “absolutely ridiculous” claims that he did so as part of a deal with the mayor.

“This is a no-brainer. The fact that he’s running for Council has nothing to do with it,” Gentile said.

But Republican Council candidate Bob Capano said, “This secret recent hiring of Mr. Brannan by Councilman Gentile does not pass the smell test. Mr. Brannan is now working in the exact office he is running for — this is wrong.”