Officials on Tuesday identified a 49-year-old Jurupa Valley man who police said was electrocuted in the heavy storm on Feb. 17. Robert Wagner was pronounced dead at 1:24 p.m. Feb. 17 at Sherman Oaks Hospital, said Craig Harvey of the Los  Angeles County... 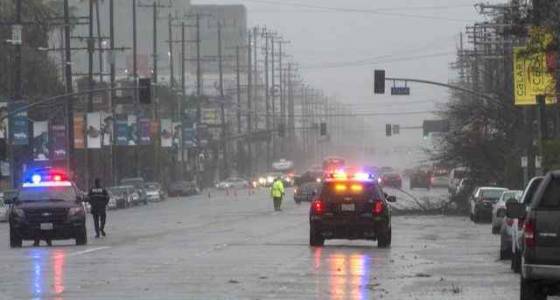 Officials on Tuesday identified a 49-year-old Jurupa Valley man who police said was electrocuted in the heavy storm on Feb. 17.

Harvey said more tests were being conducted before an official cause of death was announced.

The incident was reported at 12:43 p.m. Friday at 5300 N. Sepulveda Boulevard in Sherman Oaks.

As heavy rain and wind pummeled the San Fernando Valley, a tree branch fell, taking out power lines before it landed on a vehicle.

Wagner was apparently touched by an electrified line or somehow had contact with the charged water, police said.