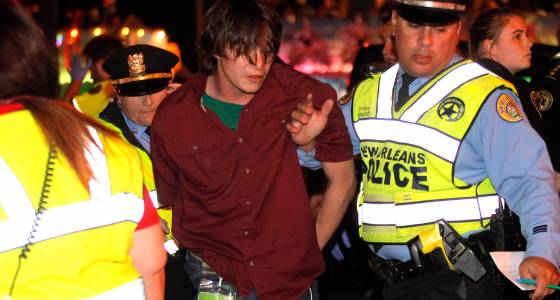 The unnamed 26-year-old allegedly plowed the grey Chevrolet into a crowd of revelers watching the Krewe of Endymion parade in the Mid-City section of New Orleans around 6:45 p.m.

The photos show the disheveled man, sweaty and clad in a maroon shirt, on the ground and in cuffs.

Other snaps depict shell-shocked parade-watchers tending to those injured in the crash, which local police have not described as an instance of terrorism.

“We suspect that that subject was highly intoxicated,” Police Chief Michael Harrison said.