SOUTH PASADENA — For months, the tension had been building between city commissioners and Mayor Dan Calabria.6 Months Ago4 Months Ago6 Months AgoThey bristled at the way he treated them and the city clerk. They hired an outside attorney whose investigation... 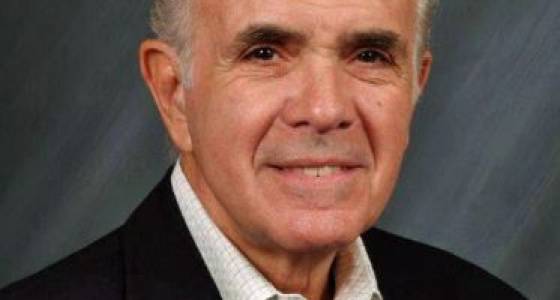 SOUTH PASADENA — For months, the tension had been building between city commissioners and Mayor Dan Calabria.

They bristled at the way he treated them and the city clerk. They hired an outside attorney whose investigation concluded that the mayor "has a capacity to be snide, petty, condescending, sarcastic, belligerent and unnecessarily combative."

And several times they walked out of meetings to protest his interruptions, raised voice and banging gavel.

In March 2015, the four exasperated commissioners even considered, then dropped, an attempt to oust Calabria for "malfeasance, misfeasance, neglect of duty and incompetence." But the voters sent him packing when he ran for re-election a year later.

Now Calabria, 80, is mounting a comeback as one of three candidates for two City Commission seats on the March 14 ballot.

The former mutual fund executive said he would bring budget vigilance and professionalism to this city of 5,000 and stay above the "petty politics" of other commissioners, whom he calls a "social group."

He chided commissioners for excessive spending and said the city should consider hiring a part-time city manager and giving tax breaks for five to 10 years to businesses that move to South Pasadena.

If he wins, Calabria would serve with three of the commissioners who clashed with him — a prospect he said he does not relish.

Calabria's attempted comeback overshadows the campaigns of the two other candidates — one a veteran of local government, the other a novice.

David Magenheimer, 44, is a rarity in a town where the median age is about 70. He grew up in South Pasadena and lives here with his wife and three teenage children.

New to politics, he says his love for the city and his business experience in insurance auditing make him a strong candidate. He stresses the importance of public safety, low taxes, business development and common sense.

In a recent candidate forum, Magenheimer said he would bring fresh ideas and an open mind.

"It's important that the commission gets along with each other and that it is a constructive environment rather than a negative environment," he said.

Gigi Esposito, 67, worked in secretarial, office manager and administrative positions for Pinellas County government for 30 years and — as Gigi Arntzen — served on the Largo City Commission from 2006 to 2012. She remarried and moved to South Pasadena in 2015.

At the forum, she said that South Pasadena needs to market itself better to attract "vital businesses" that would make the city more than a pass-through point between the beaches and St. Petersburg.

Esposito also said the commission must stress public safety, "work as hard as we can" to maintain services while holding down taxes, and improve the city website to make government more transparent.

Unlike most of Pinellas County's smaller towns, South Pasadena does not have a professional manager to run the day-to-day operations.

Instead, those duties fall to the mayor and four commissioners, who each oversee a city department. The commissioners make $7,599 a year. The mayor makes $10,000.

Calabria has lived in South Pasadena since 1992, six years after he moved to Pinellas County as president and CEO of Templeton Funds Management Corp. in St. Petersburg.

Calabria left Templeton after it merged with Franklin Resources. In 2009, the self-styled industry maverick published a book on mutual funds that offers a "less-than-charitable description" of industry practices, according to one review.

Meanwhile, Calabria got active in South Pasadena politics as a gadfly and occasional candidate for office.

He ran unsuccessfully for the City Commission in 1996, then in 2000 founded the South Pasadena Voters Watch, which he calls "a nonpartisan citizens' organization … that focuses on what is best for all residents."

He lost another campaign for a commission seat in 2011 but was elected to a three-year term as mayor in 2013.

It was during his time as a citizen activist that things first got prickly between Calabria and the South Pasadena government.

Calabria was a frequent writer to city officials and a regular at commission meetings.

In 2010, the city's director of public safety requested that a sheriff's deputy be assigned to commission meetings because Calabria used "language that can be interpreted as containing some vague threats … and has caused concern to our attorney and City Hall staff."

The language came in an email to the city complaining about the city attorney.

"If you do not take appropriate steps to correct this error, then you must accept full responsibility for whatever happens in the future," Calabria wrote. "I again urge that you read the foregoing for your own personal protection – because you can no longer claim ignorance of the facts."

Calabria had been mayor for 19 months when his peeved commission colleagues hired W. Russell Hamilton III of Port St. Lucie to investigate whether he was abusing his office and mistreating city staff members.

The mayor is "a very bright well-educated individual with abundant business and management experience," Hamilton wrote, but he could also be difficult and argumentative, with "an almost manic need to pursue personal vendettas."

In Calabria's view, "anyone perceiving his conduct and actions as being inappropriate or unacceptable is … either a fool or out to get him," Hamilton wrote.

Citing Hamilton's report, which cost the city about $11,500, the four commissioners considered mediation with the mayor. But that fell apart and the often-fractious relationship continued.

Calabria sued the city, seeking to block future recall efforts and recoup nearly $22,000 in legal fees. The city refused to pay his fees, and the suit was dismissed. The litigation cost the city at least $30,000, according to two commissioners.

The tension between Calabria and the commissioners came to a head again in November 2015.

Calabria would not shift gears when commissioners repeatedly asked him to stop talking about an invoice for attorney services that Calabria thought was inflated.

"Our meetings with Dan (as mayor) were like the Jerry Springer Show," said commissioner Gail Neidinger, who used an open hand to fiercely pound the table when Calabria got going with his gavel. "You couldn't believe it unless you experienced it yourself."

"He used his gavel as a device to make it impossible to have a responsible and educated conversation," said commissioner Lari Johnson. "He behaved like a child when he wasn't getting his way."

When current Mayor Max Elson defeated Calabria in 2016, his campaign slogan was "leadership, not controversy."

"Dan can be pleasant as long as you don't disagree with him," said Elson, "but when you did he would bang his gavel, not follow Robert's Rules of Order, and sometimes raise his voice."

Some of the commissioners would raise their voices as well, Elson acknowledged. And sometimes they would try to find humor in the situation.