Congressman will not shake hands with Trump prior to speech

For 29 years, Rep. Eliot Engel, D-New York, has camped out in the Residence chamber ahead of a presidential address to Congress -- spending hours saving an aisle seat to greet the president as he entered and exited the chamber. But these days, the notorious... 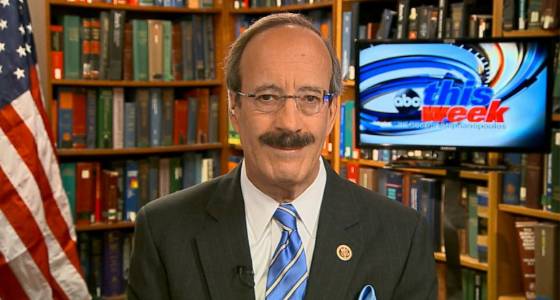 For 29 years, Rep. Eliot Engel, D-New York, has camped out in the Residence chamber ahead of a presidential address to Congress -- spending hours saving an aisle seat to greet the president as he entered and exited the chamber.

But these days, the notorious "aisle hog" announced that he would be breaking his tradition, and skip taking an aisle seat to wish President Trump effectively as he addresses Congress for the 1st time tonight.

Engel, the ranking member on the House Foreign Affairs Committee, said he created the choice in response to Trump's policies on refugees, criticism of the media and praise of Russian President Vladimir Putin.

"I have deep respect for the Presidency, and I will attend the joint session. But that respect between branches ought to be mutual," Engel stated on the Home floor Tuesday.

"This goes beyond ideological and political differences. The President desires to operate with all men and women. And therefore, I will listen to what he has to say these days, but I will not greet him and shake his hand," he added.

In 2015, Engel told ABC News he enjoys sitting in the aisle of the House chamber and being in the middle of the action.

“When it happens, it is electrifying. There’s so substantially energy, it’s amazing to be a element of it,” he stated at the time.