Colorado is among 11 states where home values have risen so sharply that new mortgages carry an elevated level of risk, according to a report from Fitch Ratings.The longer and higher that home prices race ahead of underlying economic fundamentals, the greater... 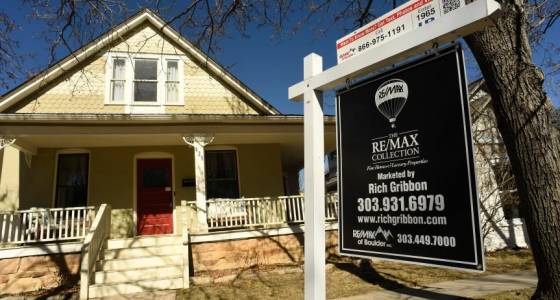 Colorado is among 11 states where home values have risen so sharply that new mortgages carry an elevated level of risk, according to a report from Fitch Ratings.

The longer and higher that home prices race ahead of underlying economic fundamentals, the greater the chance that future price gains will be anemic or reverse course. Slower price appreciation makes it harder for buyers to build the equity they need to shield themselves during a rough patch.

Colorado home prices were 5.5 percent overvalued in the third quarter, crossing the threshold between sustainable and unsustainable, according to the analysis. But other states faced greater risk.

States with the most unsustainable home price appreciation rates were Idaho at 15.3 percent overvalued, Nevada at 14.4 percent, North Dakota at 13.2 percent and Texas at 11.2 percent.

"At a high level, we look at macro factors like income, rent, mortgage rate, household growth and unemployment rates to determine what we think is a sustainable home price," said So.

Among Colorado metros, the most unsustainable housing markets were Boulder with an overvaluation of 14 percent, Greeley at 11.9 percent, and Fort Collins at 10.8 percent. All three of those metros are now more overvalued than they were at their highest point during the housing boom last decade, Fitch reports.

Metro Denver hasn't crossed into the unsustainable camp, but it is getting close. Fitch has prices overvalued by 4.2 percent, below the 10.6 percent overvaluation peak reached last decade. Grand Junction and Colorado Springs are the two Colorado metros where home prices appreciation has the best chance of gaining rather than losing momentum in the years ahead.

The major metro areas where home price gains have gotten the furthest ahead of underlying fundamentals are Dallas, Las Vegas, Phoenix, and Portland, Ore., according to Fitch. Detroit, Cleveland, Chicago and New York are cities with the lowest overvaluation risk.