As the northernmost city in Sonoma County and closest to the “Emerald Triangle” of Mendocino, Humboldt and Trinity counties where highly prized marijuana is grown, Cloverdale would seem to be well positioned to cash in on the “green rush” from California’s... 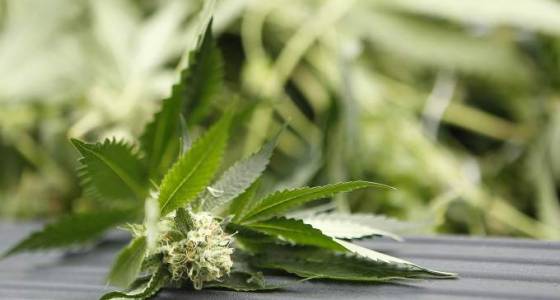 As the northernmost city in Sonoma County and closest to the “Emerald Triangle” of Mendocino, Humboldt and Trinity counties where highly prized marijuana is grown, Cloverdale would seem to be well positioned to cash in on the “green rush” from California’s legalization of pot.

Cloverdale, the only city in Sonoma County to have a tax in place on commercial marijuana businesses, is close to deciding where such cannabis operations should be located, as well as regulating personal cultivation.

But council members are taking a cautious approach toward preserving small town identity and values and not being over-welcoming to the newly legitimized industry.

“The last thing I want to see us be is the marijuana capital of Sonoma County,” Mayor Gus Wolter said Monday.

He is also pushing to ensure any recreational pot growing for personal use in residential areas is confined indoors, to six plants or less, although the city makes an exception for medical marijuana patients who are allowed to cultivate three plants outside.

Wolter said he doesn’t want the odor of marijuana, which can be especially pungent near harvest, to permeate neighborhoods.

Under proposed guidelines that will be discussed by the City Council Tuesday night and brought back for approval at a later date, nurseries and commercial outdoor cultivation would be restricted primarily to industrial zones.

The only exception would be on rural-residential parcels of two acres or more where cottage farmers could grow up to 25 plants and wholesale operations could cultivate an area of no more than 5,000 square feet.

Regardless of parcel size, indoor or greenhouse operations also would be allowed in rural-residential zones, which tend to be located at the edge of town.

Most of the marijuana businesses would be concentrated in the city’s industrial zones, other than up to two dispensaries that could be allowed in the downtown commercial area under the draft ordinance.

But with limited industrial lands available in Cloverdale, the potential for the cannabis sector to grow may be limited.

How much demand there will be from the marijuana industry to be in Cloverdale, and how much revenue it would produce remains an open question.

Cloverdale voters in November overwhelming agreed to tax marijuana businesses up to 10 percent of their gross revenues on top of the other taxes that state will collect. The Cloverdale tax proposal, Measure P, was approved by 74 percent of voters.

In ballot arguments, advocates estimated $90,000 in tax revenue would be collected for each cannabis business.

“It’s conceivable there could be 10 different cannabis-related businesses in Cloverdale,” Police Chief Stephen Cramer said Monday, adding it’s hard to say if that would translate to almost $1 million into the city’s general fund.

You can reach Staff Writer Clark Mason at 707-521-5214 or clark.mason@pressdemocrat.com. On Twitter@clarkmas