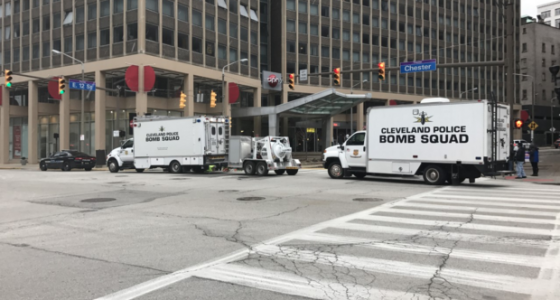 CLEVELAND, Ohio -- The Cleveland Police Bomb Squad was called out for an investigation Saturday.

The Bomb Squad was seen in the 1800 block of East 12th Street, as well as Cleveland police, Cleveland EMS and the Cleveland Fire Department.

Some residents were temporarily evacuated during the investigation, she said.

No other information will be released Saturday, Ciaccia said.

No details yet on why they are here. pic.twitter.com/1TiilN2PMO