Tarence AshfordCuyahoga County Crime Stoppers  CLEVELAND, Ohio -- A Cleveland man is accused of committing two robberies within about three hours on opposite sides of the city. Tarence Ashford, 25, is charged with two counts of aggravated robbery... 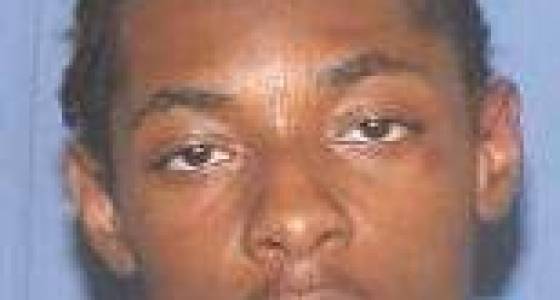 CLEVELAND, Ohio -- A Cleveland man is accused of committing two robberies within about three hours on opposite sides of the city.

Tarence Ashford, 25, is charged with two counts of aggravated robbery in the Feb. 4 incidents.

Police arrested him Friday on the outstanding warrants related to the cases, according to court documents.

He appeared for arraignment Monday in Cleveland Municipal Court, where a judge bound his cases over to a Cuyahoga County grand jury and set his bond at $75,000, documents say.

Ashford is accused of robbing Loanmax Title Loans on Lee Road at Throckley Avenue in the Lee-Miles neighborhood at about 10:45 a.m. on Feb. 4, documents say.

Police said Ashford committed a second robbery about two hours later at a Verizon Wireless store at Triskett and Warren roads in the Kamm's Corners neighborhood.

The two businesses are about 14 miles apart.

In both cases, Ashford was accompanied by a second robber, according to Cleveland police reports and court documents.

A Loanmax employee told police that two men entered her store that morning and asked about an auto loan. Both men pulled out handguns and demanded cash, a police report says. The woman handed over $185 before the pair ordered her to the ground and ran away.

Ashford and another man walked into the Verizon store at about 1 p.m., where they asked about phones, according to another report.

The pair put on masks, forced an employee into a backroom, and made off with about $600 from the store's register and safe, according to the report and court records. The robbers also took the employee's keys.

Police later identified Ashford as one of the robbers after reviewing surveillance footage and receiving a Crime Stoppers tip, records say.

Charges in connection with the Verizon store robbery were filed against Ashford and 30-year-old Robert Williams on Feb. 13. Williams remains at-large.

Charges in the Loanmax robbery were filed against Ashford Feb. 23, records say.

No charges have been filed against a second person in connection with the Loanmax robbery, records say.

Ashford's felony history in Cuyahoga County dates back to 2011 when he pleaded no contest to charges of drug trafficking and attempted receiving stolen property. He also pleaded no contest to charges of escape, drug possession, weapons under disability, and two counts of drug trafficking in cases from 2013 and 2015, records show.