A Cicero man accused of supplying heroin to a man who then died of an overdose in Oak Brook was being held Friday on $500,000 bond in DuPage County jail facing charges of drug-induced homicide and unlawful delivery of a controlled substance.Matthew Chapman,... 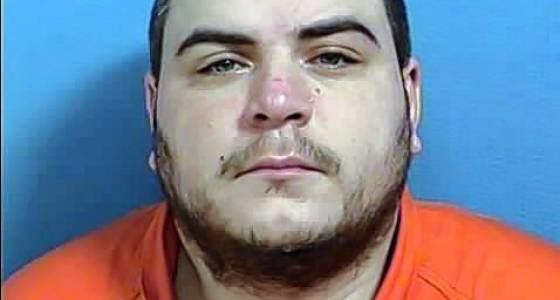 A Cicero man accused of supplying heroin to a man who then died of an overdose in Oak Brook was being held Friday on $500,000 bond in DuPage County jail facing charges of drug-induced homicide and unlawful delivery of a controlled substance.

Matthew Chapman, 30, of the 1800 block of S. 58th Avenue, appeared in DuPage court late Thursday where Judge Paul Marchese set his bond in connection with the death of Zachary Giebel, 25, of Wisconsin.

Authorities say Giebel was in Oak Brook on Aug. 13, 2016, to attend a party with friends. The next day, he contacted Chapman, who used to live in Wisconsin, to buy heroin, authorities said.

Chapman sold the heroin to Giebel, who then ingested it. Friends found him unresponsive about 5 a.m. the next day in an Oak Brook hotel room and called 911.

An investigation by Oak Brook police and the DuPage Metropolitan Enforcement Group led them to Chapman, who was taken into custody Thursday without incident.

"Once again, we see a young, promising life snuffed out by heroin," DuPage State's Attorney Robert Berlin said in a written statement. "Make no mistake, my office takes this heroin epidemic extremely seriously and in DuPage County anyone found guilty of drug-induced homicide will find themselves facing up to 30 years behind bars."

Chapman's next court appearance is scheduled for March 20 in front of Judge John Kinsella.