Christie’s auction house is trying to use a loophole in a new law on Nazi-confiscated art to duck a lawsuit by the heirs of Holocaust survivors seeking to block the sale of an $11 million Degas masterpiece, new court papers claim.Relatives of Ludwig and... 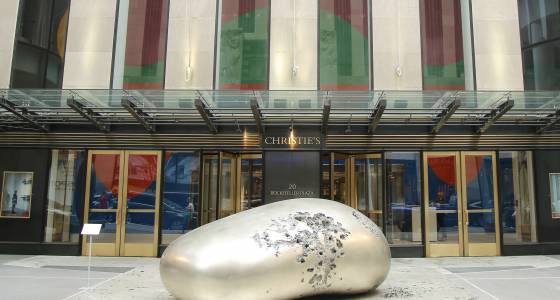 Christie’s auction house is trying to use a loophole in a new law on Nazi-confiscated art to duck a lawsuit by the heirs of Holocaust survivors seeking to block the sale of an $11 million Degas masterpiece, new court papers claim.

Relatives of Ludwig and Margaret Kainer — German Jews whose collection of art was stolen by the Nazis in 1935 after they fled to France — are suing Christie’s over its 2009 sale of the Degas piece, “Danseuses.”

The heirs were facing dismissal of their action in 2015 due to the statute of limitations. But the Holocaust Expropriated Recovery Act, which passed Congress unanimously in December, kept their suit alive.

A Manhattan judge has agreed to hear arguments based on the new law. But Christie’s claims it doesn’t apply to them because the auction house doesn’t have the painting.

“As Christie’s is not currently in possession, the fact that it briefly had the painting in 2009 before its sale has no relevance,” the auctioneer’s lawyer Anju Uchima wrote this month.

Family lawyer Geri Krauss said Christie’s defense is “the height of audacity,” because the auction house knows who purchased the painting but won’t tell.