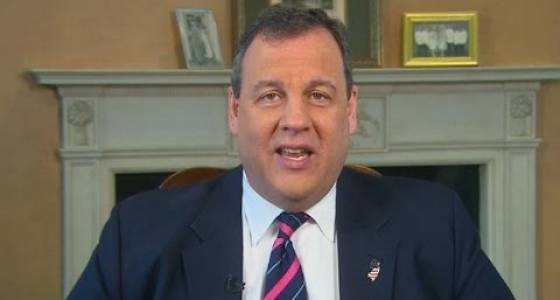 Christie, speaking Sunday on CNN's "State of the Union," said the U.S. Justice Department and House and Senate intelligence committees are perfectly capable of investigating possible improper contacts between Trump aides and Russian officials during the presidential campaign.

"When a special prosecutor gets involved, the thing gets completely out of control," Christie said.

Can Trump be forced to release returns?

Christie had called for a special prosecutor to investigate the Clinton Foundation last August saying that "our system of justice deserves nothing less."

This time he decried what he called Democratic "overreach" in demanding an outside probe.

"What we should do here is take a deep breath and be able to look into these matters in a way that the American public will think has integrity to it," he said.

But Democrats are not the only ones seeking a special prosecutor because Attorney General Jeff Sessions was an early supporter of Trump during the campaign.

"You cannot have somebody, a friend of mine -- Jeff Sessions -- who was on the campaign and who was an appointee," Rep. Darrell Issa (R-Calif). said last week on HBO's "Real Time with Bill Maher." "You're going to need to use the special prosecutor's statute and office."

Rep. Bill Pascrell Jr. (D-9th Dist.) has led congressional efforts to force Trump to release income tax returns that would reveal whether the president has any financial ties to Russia. Trump is the only presidential candidate in decades to refuse to release his returns.

Christie said Priebus was wrong to have made the request.

"I don't think that Reince thought he was doing anything wrong," Christie said on CNN. "I have absolute confidence in his integrity. But you need to have the sensibility of a prosecutor with your dealing with these issues because perception matters."

White House spokeswoman Sarah Huckabee Sanders said the investigations will turn up nothing.

"They're all going to come to the same conclusion that we had no involvement in this," Sanders said Sunday on ABC's "This Week."

The allegations involving Russia were just one more controversy plaguing Trump, who had a record-low approval rating in an NBC News/Wall Street Journal survey released Sunday.