Governor Chris Christie announced a $400 million infusion of funds Tuesday to fix bad bridges, repair roads and improve NJ Transit infrastructure. The announcement was praised by experts for its good intentions, but criticized for lacking specifics, including... 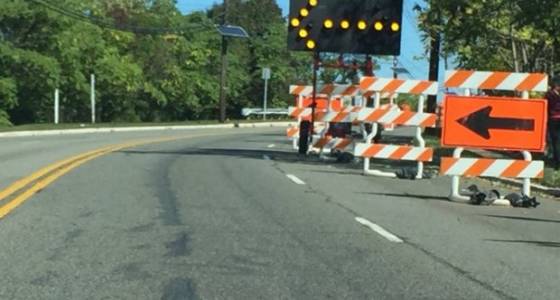 The announcement was praised by experts for its good intentions, but criticized for lacking specifics, including where the money was coming from. Officials said details are coming.

In his budget message, Christie proposed the $400 million "to address bridge deficiencies and the state of good repair for roads in all 21 counties." Christie said funds would be spent to "expedite" technology enhancements and other infrastructure improvements for NJ Transit.

"We will have more to announce on projects involved in the next several weeks," said Brian Murray, a Christie spokesman.

The goal is to allocate the money in the next 100 days, Christie said. That led experts to believe that the $400 million was coming from the fiscal year 2017 budget. The proposed fiscal year 2018 budget allocates over $1.3 billion for road and bridge projects and $677 million for mass transit projects.

"It has to be looked at in a positive way, but it's something that's hard to analyze," said Martin Robins, director emeritus of the Voorhees Transportation Institute at Rutgers University. "The devil is in the details."

"The results will be smoother roads, safer bridges and a more technologically sound mass transit system," Christie said in his speech.

The announcement comes before the fiscal year 2018 list of road, bridge and transit projects has been made public.

"The whole thing is puzzling. There is no capital program for fiscal year 2018 that is on the table," Robins said. "This comes out of sequence."

It's not that there's a lack of work to be done.

"You can hardly say it's bad. The work needs to be done," Robins said. "I think the people at DOT have been raring to go for a long time. Their capital program has been crippled with not enough money to do what they wanted to do."

Robins said the NJ Transit funding will likely go toward the $320 million cost to install Positive Train Control on rail lines by a Dec. 2018 federal deadline. That safety system uses computers to automatically stop or slow a train if the operator fails to obey a signal or speed limit.

"What's really needed on the transportation front is more funding for NJ Transit operations, which is flat in the budget proposal," Whitten said. That remains at the same $140 million level as the current fiscal year, according to the proposed budget.