The Chicago Police Division performed a series of overnight raids from Thursday into Friday that resulted in 81 arrests, mostly for drug- and weapons-connected offenses, Supt. Eddie Johnson stated Friday. The raids, focused on the city's South and West Side... 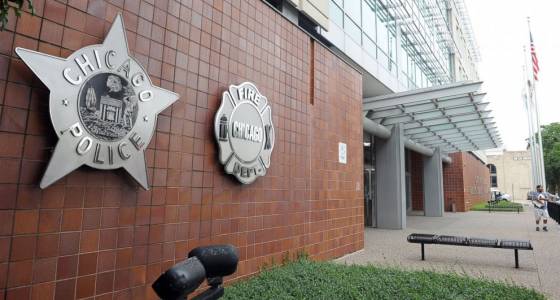 The Chicago Police Division performed a series of overnight raids from Thursday into Friday that resulted in 81 arrests, mostly for drug- and weapons-connected offenses, Supt. Eddie Johnson stated Friday.

The raids, focused on the city's South and West Side neighborhoods, had been "focused on the underlying supply of crime in these places: the sale of narcotics," Johnson stated at a press conference Friday afternoon.

Of the 81 folks arrested, Johnson said 61 are previously convicted felons, 49 are documented gang members, 19 have previously been arrested on gun charges, 14 are at present on parole, and 65 have been previously identified by police to be at a larger risk to be a victim or offender of gun violence.

"There are repeat gun offenders that 1, do not care they're on parole, two, don't care about the fact they're currently previously convicted felons," Johnson mentioned.

Police are nevertheless looking for 40 men and women targeted in the raids, and said another raid in the coming weeks will have federal assistance.

Twelve firearms were also seized by police throughout the raids, Johnson mentioned.

Anthony Riccio, chief of organized crime, said, "One particular of the guns we took off the street ... is actually a machine gun capable of firing 40 to 50 rounds in just a matter of seconds."

Johnson added, "We are just about double in gun arrests than we have been the same time last year -- that is a ridiculous quantity."

Drugs were also seized in the raids, which had been planned for about three weeks.

"Narcotics and narcotic sales is the factor that allows the shopping for of guns," Riccio said.

Johnson urged lawmakers at just about every level of government to aid with stemming Chicago's seemingly out of control gun violence.

"CPD can do much better, our judicial technique can do superior, our state legislators can do much better. It takes all of us," he said. "If you're OK each day sitting by watching these people today die and that's OK with you, then great luck on that. But if you care at all, you must be helping the city do one thing about this violence."

Johnson mentioned stricter punishment for repeat gun offenders would stem the violence, due to the fact feasible offenders would know the severity of the consequences and act as a deterrent from picking up a gun in the 1st place.