Galleries Videos CONTACT ADVERTISE
Famagusta 35°
few clouds
BUSINESS EDUCATION ENTERTAINMENT HEALTH POLITICS SCIENCE SPORTS TECHNOLOGY
12:08 Guide To Online Sports Betting: How To Choose A Sportsbook
08:28 What Are Some Reasons to Consult a Brain Injury Lawyer?
09:24 Blockchain Solutions for Enterprises: How To Increase Efficiency And Profitability
07:06 How To Deal With A Car Crash In New York
17:43 Tips to keep in mind while choosing the casino site
11:34 Relation Between Employee Theft and Pre-employment Screening Check
04:37 Search your own desired site to play sports for betting
18:00 Top 3 Career Path Options for Business Analysts Preview
15:35 The history of Imen Jane, who is the influencer and the charges on the...
18:48 Sebastian Vettel's Greatest Races
BIST
1118
GOLD
476.960
USD
7.8231
GPB
10.1108
EUR
9.1831
Breaking News
Top 3 Career Path Options for Business Analysts Preview
Close

CLEVELAND, Ohio -- Using the weekly Associated Press Top 25 poll as a guide, the upcoming 2017 NCAA Tournament should be a wide-open affair. Volatility has been the norm all season with 10 or more ranked teams losing games in most weeks, and often losing... 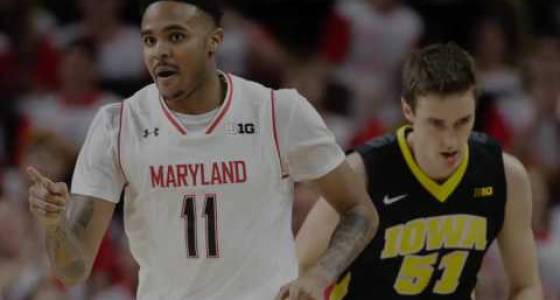 CLEVELAND, Ohio -- Using the weekly Associated Press Top 25 poll as a guide, the upcoming 2017 NCAA Tournament should be a wide-open affair.

Volatility has been the norm all season with 10 or more ranked teams losing games in most weeks, and often losing three out of four over a two-week span. The NCAA Tournament selection committee will have to peel the onion several layers to justify their 68-team selections this season.

The positive look is this has been a season of parity. The negative view is a down year for college basketball. The national pundits have already been spreading word that the mid-major crop of potential at-large teams is weak, so return to the top -- the power conferences -- to fill out the field.

Yet a closer look reveals a lot of those power conference teams expected to get in -- Virginia Tech, Miami, Syracuse, Michigan, Michigan State and others -- have resumes no better than their mid-major peers, and often much worse records.

The committee consistently says it wants teams that challenge themselves on the road, and win. For one example, compare the resume for Monmouth (26-5), should it lose in the MAAC Tournament, to now No. 25 Miami (20-9).

There is one week left in the regular season, with key power conference games still to be played.  No. 22 Wisconsin has a pair of tough home games, Thursday vs. Iowa and Sunday vs. Minnesota. No. 23 Virginia is at Pitt on Saturday, and No. 24 Iowa State is home to Oklahoma State on Tuesday night and at No 10 West Virginia on Friday night.