Charter schools vs. traditional schools: Legislature's debate resumes on taxes to pay for both

TALLAHASSEE — Florida lawmakers will try to force school districts to share part of their local tax dollars with charter schools so that those privately managed schools can enjoy the same access to money for maintenance and construction projects as traditional... 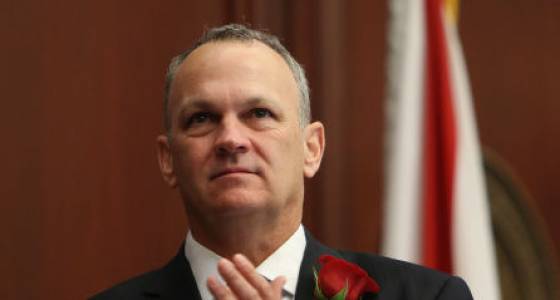 TALLAHASSEE — Florida lawmakers will try to force school districts to share part of their local tax dollars with charter schools so that those privately managed schools can enjoy the same access to money for maintenance and construction projects as traditional public schools.

The Legislature tried to enact such a mandate in 2015 and came close to doing it last year, too — until the House rejected a Senate plan to prevent charter-school operators from profiting off the taxpayer funding they receive.

One year later, the debate resumes.

The Senate is taking the lead this time by not only reviving its proposal to ban "personal financial enrichment" of charter school operators as a condition of getting public dollars for capital projects, but by pairing it with another controversial idea.

One Senate Republican leader, with some Democratic support, wants to let school boards raise taxes to generate more capital funding for their local schools' needs. But that plan has already hit a roadblock — House Republicans and some senators who are wary of being labeled as having supported a "tax increase."

"There's fundamental principles that got us here as Republicans, and you have to always be mindful of what those tenets are," House Speaker Richard Corcoran, R-Land O'Lakes, told reporters Thursday. "Raising taxes is just one of those things that, I think, in the end hurts more than it helps."

The pair of bills by Sen. David Simmons, R-Altamonte Springs and education budget chairman, got off to a halting start this week.

Members of the Senate Education Committee advanced Simmons' bill (SB 376) to require districts to share their local tax revenue with charter schools, but he was forced to delay his companion proposal (SB 604), which would raise the local tax-rate cap. Simmons said he wants to amend it and make it more palatable to his reluctant colleagues.

School boards have sought for years to get the Legislature to raise the cap on how much districts can collect in additional local revenue for school capital projects. Lawmakers first allowed the extra tax in 1980, when the rate was capped at $2 per $1,000 in taxable property value.

During the economic recession in 2008 and 2009 — when property values plummeted around the state — the Legislature gradually reduced that cap to the current rate of $1.50 per $1,000 in taxable property value.

Sen. Gary Farmer, D-Lighthouse Point, is now leading the push to restore the cap to its original level. He says Simmons' initial proposal this year of raising the rate to $1.70 per $1,000 in taxable property value isn't sufficient to meet districts' growing — and backlogged — capital needs.

"Over the course of time, districts have lost billions of dollars in capital outlay revenue" since the Legislature reduced the cap, Farmer said. "Schools are forced to borrow money and carry tremendous debt service to simply maintain our schools, fix roofs and other capital outlays that are necessary."

But no politician wants to be accused of raising taxes, so Farmer and his allies have prepared their defense:

"I don't view this as a tax increase," Farmer said. "I view it as returning to a level that we had supported and enacted as a state and as a legislative body in recognition of the capital needs of our schools."

Simmons phrased it another way, emphasizing that it would be local school board members — not the Legislature — who would actually make the decision to raise local taxes.

"This does not require — and this is not — a tax increase. It simply authorizes local control over a local issue," he said.

The current funding structure "is based on the status quo and how we've always done things," said Shawn Frost, an Indian River County school board member and president of the conservative-minded Florida Coalition of School Board Members. "We have the moral obligation to pass this bill … because it's the right thing to do for students."

As of the 2015-16 school year, Florida had about 4,270 public schools with around 2.7 million children enrolled. That included more than 650 charter schools serving about 250,000 students.

State law allows school districts to share local capital dollars with charters, but only three counties actually do that: Sarasota, Sumter and Franklin, according to a legislative analysis. Absent that money, charter schools' only other capital funding comes from the state, which allocated $75 million each to charter schools and traditional public schools this year.

School districts are reluctant to share their local dollars because they argue they need the money to pay off debt and pay for expensive repairs and upgrades to fast-aging buildings.

Karen Zaremba, a teacher at Palm Beach Central High School in Wellington, told senators that she had to lead a volunteer group of students to paint their school's hallways because they hadn't been repainted since the school first opened more than a dozen years ago.

"One thousand hours worth of student work for something that our public funds should be doing," Zaremba said, adding: "My school has gone six months with broken toilets and other problems. This would dedicate more money to charter schools, which are newer than public schools that have delayed repairs."

Although raising the tax-rate cap won't be on their agenda, House leaders — many of whom, like Corcoran, are staunch supporters of charter schools and school choice options — do have their own plans to address the disparity in capital funding between charter schools and traditional public schools.

"We haven't finalized exactly what it would look like yet, but we would like to address it," said Hialeah Republican Rep. Manny Diaz Jr., the House's pre-K-12 education budget chairman.

Diaz commended Simmons for trying to tackle the mammoth topic.