Homeless people throughout Sonoma County will no longer need to juggle spots on several waiting lists or navigate multiple programs to access shelter under a centralized system being put in place by local government and nonprofit leaders.Over the next several... 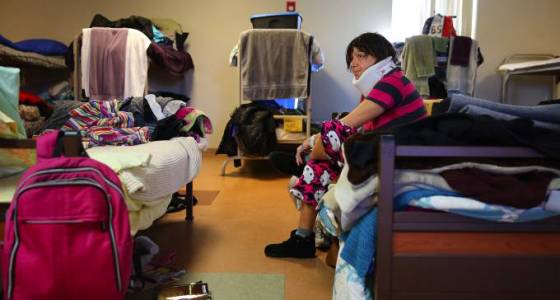 Homeless people throughout Sonoma County will no longer need to juggle spots on several waiting lists or navigate multiple programs to access shelter under a centralized system being put in place by local government and nonprofit leaders.

Over the next several weeks, Santa Rosa’s Catholic Charities will lead the expansion of a 2-year-old pilot project that aims to provide a single “front door” to shelter for homeless residents by broadening the initiative’s reach from single families to the county’s entire homeless population, last estimated at about 3,000 people.

Prior to the launch of the coordinated intake project, homeless families would often need to make multiple in-person visits to services providers to figure out their process for housing, connect with the right people and get on a waiting list if necessary, said Jennielynn Holmes, Catholic Charities’ director of shelter and housing. For homeless people “in the middle of crisis and chaos and trauma,” the decentralized approach proved particularly difficult to navigate, Holmes said.

Implementation of the program, known as “coordinated intake,” was triggered by a mandate in federal law, and its expansion was recently authorized last month by the Board of Supervisors. The action comes as homelessness has become an increasingly visible and pressing issue for several local cities and communities, with the transient population straining public safety departments, downtown merchants and service providers.

To expand the project, officials will tap nearly $250,000 in federal funds awarded to the Sonoma County Community Development Commission, which is contracting with Catholic Charities for implementation.

“We have to be able to track folks, no matter who’s serving them, and we have to not put them through the ringer six times just because they might encounter one agency one day and then another few months down the road encounter a different agency,” Van Vliet said.

Another key shift taking place through the coordinated intake system is that shelter waiting lists will move from a first-come, first-served approach to a system based on vulnerability, Holmes said.

“It’s kind of like what you do in the emergency room if you have someone who shows up who’s having a heart attack and someone else has a stubbed toe,” she said. “You prioritize the person with the heart attack. We need to prioritize based on a person’s needs and literally life or death situations.”