Even a six-fingered man can't count all the ways fans adore Rob Reiner's 1987 fairy tale The Princess Bride.7 Months Ago4 Months Ago6 Months AgoHere's a novel method: watching the movie, then being regaled by the Dread Pirate Roberts himself with intimate... 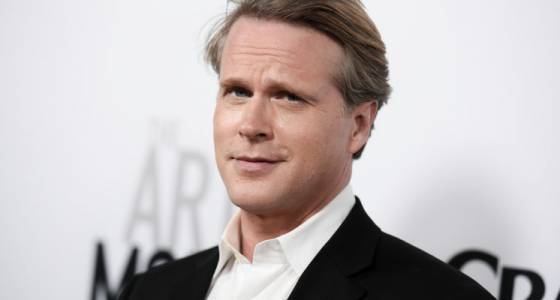 Here's a novel method: watching the movie, then being regaled by the Dread Pirate Roberts himself with intimate stories from the set.

The Princess Bride: An Inconceivable Evening with Cary Elwes brings the actor and author to the David A. Straz Jr. Center for the Performing Arts at 8 p.m. Saturday. Tickets are $30.

Elwes, 54, began touring after publishing 2014's As You Wish: Inconceivable Tales From the Making of the Princess Bride, a New York Times bestseller. After Saturday's screening, Elwes shares memories of co-stars including Billy Crystal, Wallace Shawn and Andre the Giant for an hour moderated by yours truly.

When asked if he'll sit through the movie, Elwes' reply was, shall we say, inconceivable.

"I don't watch it myself," he said. "I mean, the film is wonderful, but I saw it once when it came out. Then the second time I've seen it with a live audience was at the (25th) anniversary screening at Lincoln Center. I had to sit in then. I couldn't really not be there. I have watched it on television with my daughter, so that's three."

Dominique Elwes is 9 years old, a perfect age for embracing Princess Bride fantasies. How does she react to seeing her father as Westley the lovestruck stable boy, then Roberts the swashbuckler rescuing Princess Buttercup?

"I explain to her how blessed Daddy is to be a part of something special," Elwes said. "We don't make a big fuss about it. But she has beaten me at the Princess Bride Monopoly game. She got the swamp and the tree stump right away, putting up castles all over the place. It's great."

Possible topics to steer conversation about The Princess Bride at Saturday's show include Elwes' close relationship with the late pro wrestler Andre the Giant, who played Fezzik the strong man. Elwes devoted much of his book to Andre's outsized personality, slated as the subject of an upcoming HBO documentary.

"I have not been contacted (to participate), but I'm delighted they're making it," Elwes said. "Andre had a lot of love to give. He was very generous with his love, and it was very infectious. It's not like we'll ever see anyone like him again, not in our lifetimes."

Nearly as rare are films like The Princess Bride, weaving spells through generations, and first-hand raconteurs like Elwes sharing the magic.

"It's a real blessing thanks to this book and this movie, the love for it out there," Elwes said. "It's like watching live theater, honestly, quite a joyous occasion."