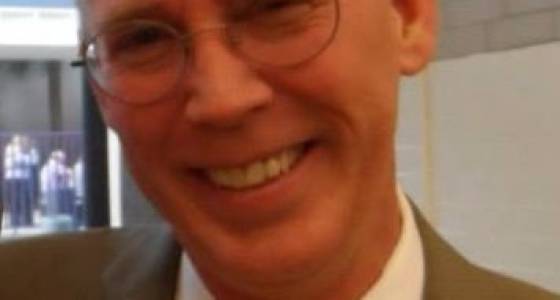 Kenny Blankenship, the union's vice president at the time, won the post by a small margin of the 896 votes cast. Almost immediately, he started sparring with superintendent Kurt Browning, who had little positive to say about Blankenship's efforts.

Now, Blankenship, a former teacher at Land O'Lakes High School, is standing for re-election. And a member of the USEP's executive board, Gulf Middle School physical education teacher Don Peace, has launched a challenge, based largely on Blankenship's dealings with the district.

"I'm not going to bash Kenny," said Peace, a district teacher for 38 years. "They say you're either part of the problem or part of the solution. I, along with many others, are not happy with the direction or the culture that our union is heading. The relationship we have with the district is fractured, and every employee suffers in some manner from it."

Blankenship, who has butted heads with Browning on multiple fronts, said he didn't own the union's rocky times with the district.

"It's not been collaborative or cooperative since Kurt Browning got into office. That's not on me," he said. "I have stood strongly before the board. I'm not going to back down from that."

The difference in the two candidates' approaches became evident at the School Board's Feb. 21 meeting.

In comments to the board, Peace stood firm with the USEP's decision to declare an impasse in contract talks, saying several "sticking points" needed to be resolved. He quietly criticized the district for giving raises to non-negotiating employees, including administrators, and asked members to reconsider and "do what is right."

He later stayed to chat with assistant superintendent Betsy Kuhn, who until recently led contract bargaining for the district.

Blankenship, by contrast, gave a more fiery commentary about how teachers and other workers are underpaid, adding accusations that some school leaders mistreat staff.

"You can't make students first if you make employees last," Blankenship said, urging the board to set different budget priorities.

He didn't stick around for conversation.

From his perspective, Blankenship is doing right for the employees he represents. That means filing grievances — which the USEP under Blankenship has done regularly — and declaring impasse in negotiations, and making incendiary statements, even if it riles the administration.

"It's not about liking or disliking for me," he explained. "It's about me doing my job. When I see Kurt out and about, we're congenial. But in my position, I can't tell you what the issue is" between the two.

To Peace, demeanor is a key part of the package. He cringes at the recollection of Blankenship publicly using the term "equine excrement" in September to define the district's stance on job protections for teachers on annual contracts.

"We need to work hard to put professionalism in the office of the president," Peace said. "We need to establish a collaborative environment. To achieve world-class education for students, we both need to be partners in the Pasco County education process. It requires mutual respect and communication from both sides."

As a union building representative, Peace said, he has found success in dealing congenially with school principals and has avoided letting potentially divisive issues get out of hand. That's the type of relationship he would seek with the district, he said.

Blankenship said he has tried collaborating with the district, but found the administration often unwilling to budge from its positions, whether on pay, planning or other issues. He suggested that making formal complaints has proven the only way to get the district to move.

On the issues, the two men share many similar views.

Both want to see increased union membership and greater activism among the members. They stand by the union's insistence that teachers on annual contracts get job guarantees if they receive strong performance evaluations. They see a profession under siege that deserves defending.

The difference is in how to get there. One is more brash; the other more reserved.

"It's important to show to our district that we really do have a lot of good people here. We just need to treat them fairly," said Peace, who views his candidacy as giving back to his profession and colleagues.