OTTAWA–A cross-section of Canada’s conservative movement made their annual pilgrimage to Ottawa Friday to talk populism, President Donald Trump, and the direction of the Conservative party.The annual Manning Centre Conference, which attracts... 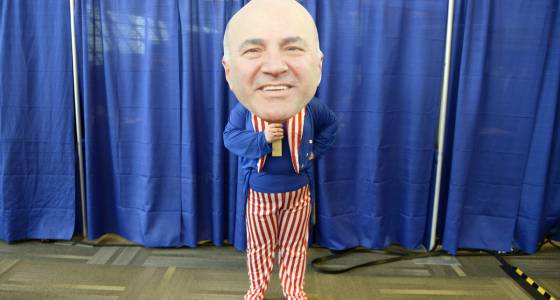 OTTAWA–A cross-section of Canada’s conservative movement made their annual pilgrimage to Ottawa Friday to talk populism, President Donald Trump, and the direction of the Conservative party.

The annual Manning Centre Conference, which attracts activists from across the country, is this year taking place against the backdrop of the Conservative leadership race.

Former Reform party leader Preston Manning said the next Conservative leader will have to address the growing tide of populism spreading through North America and Europe.

The trick is harnessing populist energy, Manning said, while steering it away from its darker elements.

“What is required of leaders in that situation is not to deny or decry the existence of populism … (but) to take action and do something,” Manning told the conference.

“Recognize, acknowledge and give voice to the underlying public concerns that fuel that uprising … (but) consciously avoid and reject the dark and repugnant features that may accompany such uprisings and their more extreme representatives.”

Manning’s speech set the tone for the day, with speeches on exporting “Trumpism” to Canada, and a panel featuring former Toronto councillor Doug Ford about the rejection of the “elites” in media and politics.

The 14 candidates vying for the Conservative leadership squared off in debates, four or three at a time, allowing them to give more substantive answers than the previous all-candidates debates.

While the candidates found little common ground on their platforms and policies, they did come together to attack Kevin O’Leary, the television personality and businessman.

“Being leader of the Conservative party is not a part time job,” said Saskatchewan MP Andrew Scheer, referencing O’Leary’s continued business commitments in the United States.

O’Leary stuck closely to his messages of jobs and economic growth, but was taken to task by his rivals for suggesting he would cut transfer payments to provinces who enacted environmental policies he disagreed with.

“Any provincial government that wants to impose a carbon tax under the O’Leary government will simply have it removed from their transfer payments,” O’Leary said, to a mixture of gasps and applause in the audience.

“Mr. O’Leary, you need to know the Constitution of Canada,” chirped in Deepak Obrhai.

“You cannot come on this stage and say I’m going to throw the provinces away, I’m going to do this. Sorry. Read the Constitution of Canada, they have constitutional rights.”