BYOB at Downtown East Commons? Expect it at events this summer

Downtown East Commons isn't done, but it's getting there.The Minneapolis City Council is working on a new set of regulations for the downtown park, including one that will allow visitors to drink wine or beer during certain events. Green Minneapolis, the... 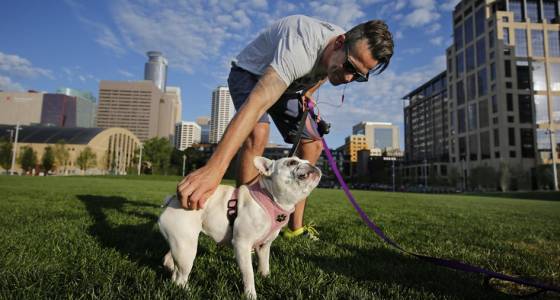 Downtown East Commons isn't done, but it's getting there.

The Minneapolis City Council is working on a new set of regulations for the downtown park, including one that will allow visitors to drink wine or beer during certain events. Green Minneapolis, the nonprofit conservancy that operates the park, will soon release a calendar of summer happenings. Fundraising to help pay for additional features and operations at the park is ongoing.

"I think the idea that what you see is what you get at this point is not the ambition of Green Minneapolis or the city," said Downtown Council President Steve Cramer, whose organization formed Green Minneapolis. "I think the hope is still that there can be additional features added to the park over time."

The Commons, which is overseen by the City Council, operated by Green Minneapolis and located on land owned by the Park Board, has been on uneasy footing for a while.

In early 2016, city officials decided to hold off on construction of two buildings, terraces and a plaza after Green Minneapolis announced it had met half its $22 million fundraising goal. The nonprofit then fell about $1 million short of nearly $15.3 million needed for the project in 2016, and developer Ryan Companies stepped in with a bridge loan so the park would be ready for the July opening of U.S. Bank Stadium.

The Commons has a 2017 operating budget of nearly $1.4 million, made up mostly of contributions from local corporations and foundations. Green Minneapolis will release an update on fundraising progress this summer, said Executive Director Beth Shogren.

The city has helped fund the Commons — including a $500,000 chunk of its 2017 Public Works budget — but it's unclear if that will continue. A committee of city staff members is working on a long-term funding plan for the Commons and other "downtown assets."

Meanwhile, Green Minneapolis is preparing for the first full summer of park operations. Shogren said a list of programs will likely be released in mid-May, and there's already been interest in holding private events there.

On Tuesday, two council committees unanimously approved a list of "Rules of the Commons" with basic expectations for visitors, hours of operation and details of the event permit process. The biggest change is a new rule allowing visitors to bring their own alcoholic beverages to the park during events overseen by off-duty police officers.

Council Member Jacob Frey, who authored the ordinance, said he was inspired after drinking wine and eating cheese along the Seine during his honeymoon in Paris. He said the park offers a good opportunity to "think outside the box."