CaptionCloseGrowing up during World War II, Watson D. Burnfield witnessed troops and military equipment rumble through his hometown of Athens, Ohio on the B&O Railroad. “It might have influenced his decision to fly planes,” retired Brig. General... 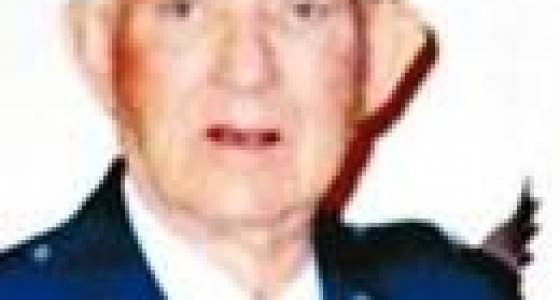 Growing up during World War II, Watson D. Burnfield witnessed troops and military equipment rumble through his hometown of Athens, Ohio on the B&O Railroad.

“It might have influenced his decision to fly planes,” retired Brig. General Charles Burnfield, said reflecting on his brother's choice to join the Air Force.

Burnfield was born in Marietta, Ohio and raised in Athens, playing shortstop for the Athens High School baseball team and cornet in the school’s band. He and a group of young men served the community by playing “Taps” at veterans’ funeral services, his brother said.

“They would play ‘Echo Taps,’” he said. “The one by the gravesite played the first notes and the other at a nearby hill, after a pause, echoed the notes of the first.”

Burnfield graduated from Ohio University in Athens with a bachelor's degree in business. He participated four years in the Reserve Officers Training Corps, opening football games with a group of trumpeters. He entered the Air Force and began pilot training in 1954.

That year, Burnfield married Nona Green, a young woman he had known since third grade. Their 52-year marriage started in 1954 and ended with her 2007 death.

The Air Force gave him his wings in 1955. Burnfield served on a Minuteman Missile crew, at Whiteman Air Force Base in central Missouri in 1963, and by 1968 was flying helicopters out of Da Nang Air Base in Vietnam. He was a chief pilot for an air rescue squadron that flew the Sikorsky HH-3E, the so-called “Jolly Green Giant” that pulled downed pilots to safety, his brother said.

Burnfield returned stateside in 1969 and flew C-141 transport planes from Robbins Air Force Base in Georgia, flying supplies to Vietnam. He received many military awards, among them the Defense Superior Service Award, Legion of Merit and the Distinguished Flying Cross.

After Burnfield retired in 1984, he volunteered his time as an income tax adviser. In 1989, now a resident of Windcrest, he was elected mayor of that city and served for six years. He married Claudia Milam in 2009.

“He was most proud of the shopping center they put in with the Office Depot and the opening of the Pet Smart,” she said of her husband's tenure as mayor. The tax base from that development was used to improve emergency services, his brother said.