An ex-girlfriend of Bubba the Love Sponge Clem has gone to court seeking an order of protection from the radio host, saying he spent four years abusing her "emotionally and physically" and now won't stop harassing her and her family, according... 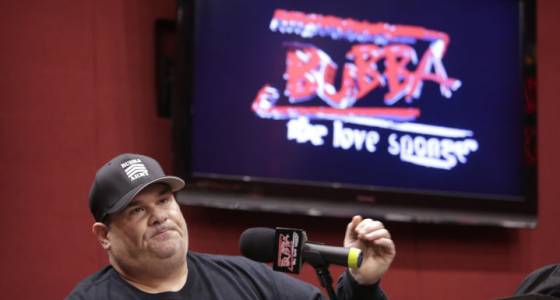 An ex-girlfriend of Bubba the Love Sponge Clem has gone to court seeking an order of protection from the radio host, saying he spent four years abusing her "emotionally and physically" and now won't stop harassing her and her family, according to the filing.

"I've had to change my number, block email and all other means of communication," wrote Nicole L'Ange, 35. "He has found out where I'm staying and I'm scared he's going to show up."

L'Ange says in the request, filed with Pinellas Circuit Court, that she never took her concerns about the 50-year-old Clem to the authorities.

She accuses him of getting on top of her and strangling her; bruising her hand from fighting her for keys; hitting the back of her head to get her attention; and pushing her to the floor, causing her to almost crack her head on a table

RELATED: Bubba The Love Sponge Clem is off the air at Tampa Bay's WBRN-FM 98.7

Clem, L'Ange said in the filing, also has threatened to ruin her career in the Tampa Bay area. When she left him, she said, she left with her dog, clothes, car and no money.

"Because I finally got the courage to leave," she said, "he has tried to ruin me and my family."

L'Ange said Clem has sent "humiliating" texts to her father, has asked her if she's tried to kill herself, and has made fake social media accounts to "mess" with her and her current boyfriend.

RELATED: Ratings-tampering suit against Bubba the Love Sponge will go on, judge orders

Clem has been in and out of civil court in the last few months. Bank of America says in a recent lawsuit that he owes the bank just over $75,000 and he has faced allegations of tampering with the ratings of his radio show.

Neither Clem nor an attorney could be immediately reached for comment.

A hearing on L'Ange's request for the protection injunction is scheduled March 9.