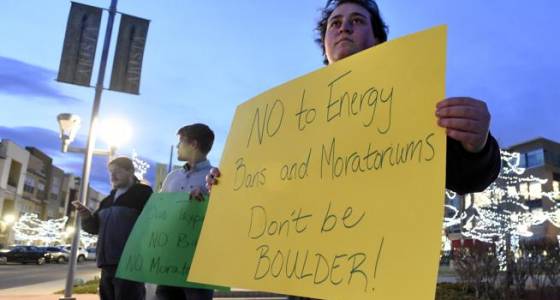 Oil and gas will dominate Tuesday night's Broomfield city council meeting where vote on an oil and gas moratorium is expected. Additionally, council will name 13 members to a task force that will craft a section on oil and gas for Broomfield's Comprehensive Plan.

Council could postpone the moratorium indefinitely or adopt the resolution on second reading.

Broomfield is weighing whether to open the oil and gas moratorium vote for up for public comment.

Mayor Randy Ahrens planned to ask council members for feedback at a special Monday night meeting where they are interviewing candidates for the Oil and Gas Comprehensive Plan Update Committee.

"I would rather use time to make sure we have the best task force assembled," Ahrens said about the Tuesday meeting.

Once the task force is created, it will meet and come up with recommendations, which will then be open for more public comments.

One option Tuesday is to let people who have not spoken publicly on the issue get their comments on record, Ahrens said.

More than 40 Broomfield residents were being interviewed Monday night for the 13 spots on the task force, and discussions and votes will take place Tuesday.

On Jan. 10, council held a public hearing on the moratorium ordinance where it took several hours of input from residents. At the end of the meeting, council voted to postpone the decision to Feb. 28.

Imposing the proposed moratorium would halt any oil and gas development until June 13 — now three and a half months away. A moratorium would include processing and approval of any application for a permit or land use related to oil and gas business, drilling or hydraulic fracturing. Doing so could give Broomfield officials a chance to evaluate whether to adopt updated regulations, according to the ordinance.