Famagusta 14°
overcast clouds
BUSINESS EDUCATION ENTERTAINMENT HEALTH POLITICS SCIENCE SPORTS TECHNOLOGY
10:22 Four Benefits of Hiring a Dedicated Development Team
04:48 Mark Kelly, President of Safety Marking Inc., Discusses Structuring Effective...
17:58 Trump wants to play golf at the Biden swearing-in in Scotland - but is...
17:54 First doubts Regarding tightened Steps: two National Countries Extract...
10:39 Covid-19 : in France, the end of containment and entry into force of the...
04:34 The schools of Rome will use the Internet with light bulbs: what it is...
10:58 Kratom Tea: How Is It?
11:46 Office Furniture Products for you!
12:17 Top Clubs, Their Value, Revenue And Current Standings
11:14 Reasons Why Rewarding Yourself is a Good Practice
BIST
1531
GOLD
440.050
USD
7.4326
GPB
10.1181
EUR
9.0399
Breaking News
Which Cake Flavours Do Americans Like Most?
Close

Boys Basketball Rewind: Who has the best shot to reach Columbus in Division I? (Feb. 25)

AKRON, Ohio – Massillon Jackson’s Kyle Young and Logan Hill were not teammates until high school. They attended the same school growing up, but Jackson had multiple middle school teams — the purple and gold — which split their two... 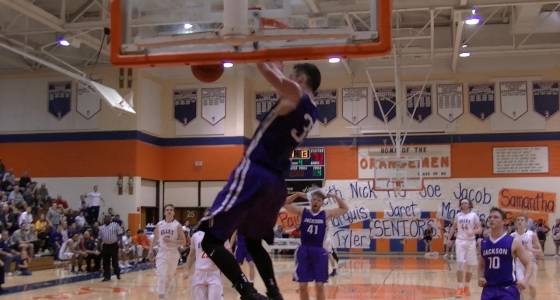 They attended the same school growing up, but Jackson had multiple middle school teams — the purple and gold — which split their two biggest standouts and this year’s senior class in half.

“We’ve got eight seniors,” Hill said Friday after a 77-68 win at Ellet, the No. 17 team in the cleveland.com Top 25. “Half of us had been split up until high school. We always had two teams, sometimes three for travel. Just getting everybody together, especially this senior year has been a great experience.”

Jackson (20-2) has its best shot in four years with Hill and Young to reach Columbus and the state’s final four in Division I. Each of the last three years, the Polar Bears have fallen short.

Which Division I No. 1 seed has the best shot at Columbus?

This time Jackson is the fourth-ranked team in the state, according to The Associated Press. They are the best team in Northeast Ohio, according to NEOhioSpotlight.com. If Jackson lives up to its No. 1 seed in the Canton District, it will reach an Akron Regional that includes teams from Cleveland’s west side into Lorain County, the south toward Medina County and Toledo.

Of the eight districts in the northern half of the state, seven are toward the northeast. Vote in the poll above and to the right on which No. 1 seed in Division I you think has the best shot at reaching Columbus.

It’s something Massillon Jackson has aimed to reach for a while.

A NIGHT OF FIRSTS

Two teams experienced something that evaded them at least 20 times this season.

For Copley it was a loss.

Coach Jonathan Harris’ Panthers ended their skid at 19 games with a 69-50 win at Strongsville. Freshman guard Garvin Clarke scored 27 points, and Euclid jumped out to an early lead — 43-22 by halftime — to defeat the Mustangs.

Euclid has one more regular-season game Saturday when it plays host to No. 3 St. Edward.

• Avon is the sole champion of the Southwestern Conference champion its 46-43 win against Olmsted Falls and North Olmsted’s 58-54 win at Avon Lake.

Avon and Avon Lake entered the night tied atop the SWC standings with Olmsted Falls, Berea-Midpark and Westlake just a game back. An Olmsted Falls win would have created a three-way share of the crown with Westlake, which edged Berea-Midpark, 53-49.

Instead, the Eagles flew away with the title for themselves after Ben Yurkovich’s free throws with 10 seconds left and a pair of missed 3s by the Bulldogs.

Just a few miles away in Avon Lake, North Olmsted ended the Shoremen’s hopes behind 20 points from Josh Hufstetler and 17 by Jack Kelly.

• The Greater Cleveland Conference titles remained a split, but No. 11 Elyria needed a 17-point comeback to win in overtime at No. 12 Solon and seal its piece of that title.

No. 14 Mentor made its title win less dramatic by jumping ahead early at No. 18 Medina and winning, 77-60. Four Cardinals scored in double figures, led by Manning Trubisky’s 18 points. Chad Blessing added 15, while Jack Korsok scored 14 and Matt Koski had 11.

Elyria waited for a return home to cut down its nets.

When @EHS_BoysBball wins a share of conference on the road, you cut the nets when you get home... pic.twitter.com/rCqx7IuDzE

PLAYER OF THE WEEK

Before the Eagles won the outright SWC title, Maloy kept their hopes alive last week with 17 points in a 67-56 win against Berea-Midpark.

Northeast Ohio teams wrap up the regular season Saturday with a few games. Click here for the schedule.

Looking ahead, sectional play is set to begin as part of the district tournaments. Check back each day from now until Tuesday for division-by-division previews.