Boulder Valley Superintendent Bruce Messinger sent a reminder Thursday morning to the school district's leadership team that the district will continue to support and advocate for transgender students.The reaffirmation of the district's support came after... 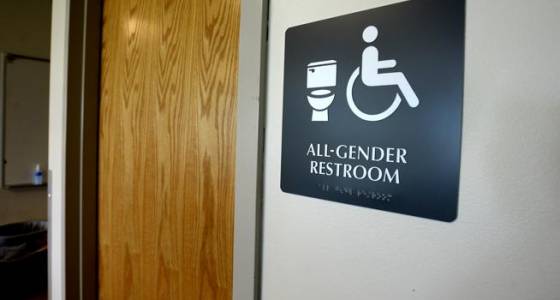 Boulder Valley Superintendent Bruce Messinger sent a reminder Thursday morning to the school district's leadership team that the district will continue to support and advocate for transgender students.

Without the Obama directive, it will be up to states and school districts to interpret federal anti-discrimination law and determine whether students should have access to restrooms in accordance with their expressed gender identity and not just their biological sex.

"Our policies and practices meet our community norms and needs of our students," Messinger said. "It's never been about a legal issue for us, but about being supportive of our students."

Boulder Valley first adopted its transgender guidelines in 2012, and made updates in 2013 and 2016.

The school district also provides gender diversity training to all district educators and support staff through a partnership with "A Queer Endeavor," an initiative out of the University of Colorado's School of Education.

The St. Vrain Valley school board about a year ago also added transgender status to its nondiscrimination, hiring and equal opportunity policies.

"For us, we'll just continue to adhere to the Colorado law and move forward," said St. Vrain Superintendent Don Haddad. "Our focus is always on the well-being and safety of everyone in our school."

While the federal guidelines were rescinded, Colorado transgender students are protected under a state law passed in 2008.

That law, according to Chalkbeat Colorado, "forbids discrimination on the basis of sexual orientation and gender identity in public places — including schools."

Mardi Moore, Out Boulder County's executive director, called the federal decision "severely disappointing" and noted that the guidelines were about more than just bathrooms.

"They really guaranteed that students have the right to a safe and supportive environment," she said. "Our youth here still have those protections. But that doesn't mean that when these hateful and ignorant acts happen at a national level, there isn't an impact. We know that bullying in our schools based on gender identity is high."