Starting in the fall, students leaving elementary bilingual programs will have a second middle school option in Boulder to continue learning in Spanish.Boulder Valley is adding a more formal program at Manhattan Middle School, which now offers an elective... 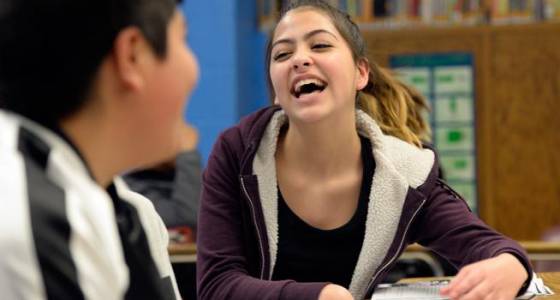 Starting in the fall, students leaving elementary bilingual programs will have a second middle school option in Boulder to continue learning in Spanish.

"We hope to see that those students next year can exponentially grow their Spanish," said Manhattan Principal John Riggs.

The Manhattan addition is a step toward Boulder Valley's overall goal of creating a bilingual pathway for students that ends with a a seal of biliteracy on the transcripts of high school graduates who are fluent in two languages.

The district also offers a hybrid bilingual program at Boulder's Columbine Elementary, where students learn to read and write in both languages.

Space is an issue

Pioneer students who want to continue in a dual-language program must open enroll in Casey or Manhattan, something that won't change in the fall.

University Hill, as a "choice" school where all students open enroll, doesn't have a designated feeder middle school. That means students who don't already live in the Casey or Manhattan attendance areas must open enroll.

While Manhattan has space, Casey has gone from a school that was under enrolled to one that's full, making it much more difficult to get in.

Leadership at both Pioneer and University Hill have indicated interest in becoming a K-8 bilingual school, district officials said, but neither have space at their current locations.

For University Hill, the district is studying the feasibility of selling the school building, located at 956 16th St., to CU and using the money to help build a new K-8 building, extending the bilingual program through middle school.

The new building would be built on Boulder's nearby New Vista High campus, which would also get a new, more modern building for the high school.

To decide whether to move forward, the district commissioned a feasibility study that includes a cost estimate and space analysis.

The school board is expected to view the study at a closed executive session on Tuesday to allow for confidential real estate discussions. The study then will be made public following that meeting, said Boulder Valley Superintendent Bruce Messinger.

While he has said it doesn't make sense to ask for community input until the feasibility study is complete, the proposal has drawn criticism from both parents and community members.

The value of options

In the meantime, district officials said, they've been working on creating a clearer bilingual pathway.

At Manhattan, which is already an arts focus school, the bilingual program is expected to serve both graduates of elementary bilingual programs plus other students who need advanced Spanish.

In a recent Spanish language arts class, teacher Cindi Balboa started with a grammar lesson on the subjunctive tense used or wishes and emotions, then asked her 11 students to take turns reading a story in Spanish.

While most of the class was taught in Spanish, Balboa switched to English to explain the tricky grammar lesson and answer some student questions.

Her class now is a mix of students from bilingual schools and students who were already fluent in Spanish and needed a more advanced class.

"I want them to be prepared wherever they land in high school," she said. "So often, they don't feel appreciated for being bilingual. I constantly try to remind them that they're amazing."

"Having more options is valuable," she said. "We don't need to put so much effort into finding classes."

Classmate Isa Bloomquist, for example, goes to Boulder High for advanced placement Spanish along with taking Spanish language arts at Manhattan. She's fluent in Spanish thanks to learning the language from her mom, born in Cuba, and at a bilingual magnet school in another state.

"I wanted to go on with Spanish and understand it better," he said. "When I talk to my family, I just talk to them. Here, we break down the language."