Galleries Videos CONTACT ADVERTISE
Famagusta 22°
clear sky
BUSINESS EDUCATION ENTERTAINMENT HEALTH POLITICS SCIENCE SPORTS TECHNOLOGY
12:08 Guide To Online Sports Betting: How To Choose A Sportsbook
08:28 What Are Some Reasons to Consult a Brain Injury Lawyer?
09:24 Blockchain Solutions for Enterprises: How To Increase Efficiency And Profitability
07:06 How To Deal With A Car Crash In New York
17:43 Tips to keep in mind while choosing the casino site
11:34 Relation Between Employee Theft and Pre-employment Screening Check
04:37 Search your own desired site to play sports for betting
18:00 Top 3 Career Path Options for Business Analysts Preview
15:35 The history of Imen Jane, who is the influencer and the charges on the...
18:48 Sebastian Vettel's Greatest Races
BIST
1120
GOLD
457.004
USD
7.6108
GPB
9.7163
EUR
8.8768
Breaking News
Top 3 Career Path Options for Business Analysts Preview
Close

The Boulder Valley School District is backing away from a plan to sell the University Hill Elementary building to CU, Superintendent Bruce Messinger said at Tuesday's school board meeting.The administrative recommendation not to move forward came after the... 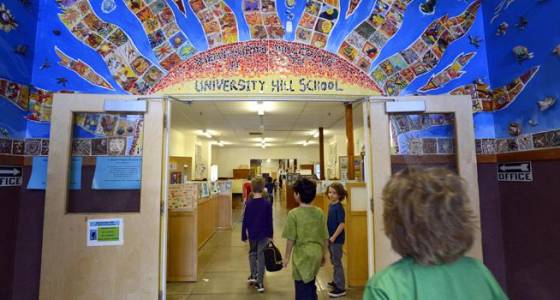 The Boulder Valley School District is backing away from a plan to sell the University Hill Elementary building to CU, Superintendent Bruce Messinger said at Tuesday's school board meeting.

The administrative recommendation not to move forward came after the board discussed a feasibility study on the plan Tuesday in a closed-door session to allow for confidential real estate discussions.

The district-commissioned study, by architectural firm Hord Coplan Macht, is expected to be made public on Wednesday. But district officials said the study showed the proposal's costs were prohibitive.

If the sale had gone through, the district had planned to use the proceeds to build a new K-8 building for University Hill students on the nearby New Vista High campus.

A new, more modern high school building for New Vista also was part of the plan. The district was considering adding an early childhood building as well. CU officials have not said what they had envisioned for the University Hill site.

"The cost far exceeds the value of both properties," he said.

Both New Vista and Uni Hill were slated for improvements through the $576.5 million capital construction bond issue approved by voters in 2014, but those plans have been on hold during the district's discussions with CU. Those discussions were first publicly announced about a year ago.

Messinger said Tuesday that the district will continue to look for the estimated $10 million needed to build an addition to University Hill and complete other needed improvements not included in the bond issue work.

University Hill Elementary, at 956 16th St., was built in 1905 and is one of the district's oldest buildings. It was named a local landmark in 1998, according to the Boulder History Museum.

Messinger said the district also plans to continue discussing potential partnerships between CU and New Vista, given that New Vista has a large site and the building "needs serious attention for improvement."

New Vista, housed in the former Baseline Middle School building at 700 20th St., was built in the 1950s.

Though the district was waiting for the results of the feasibility study before soliciting community feedback, the proposal had drawn criticism from both parents and community members.