Believing that its ambitions and performance too far outpace targets of the International Energy Conservation Code, Boulder is striking out on its own with a new, city-specific energy code it hopes will be stricter on emissions and easier for customers to... 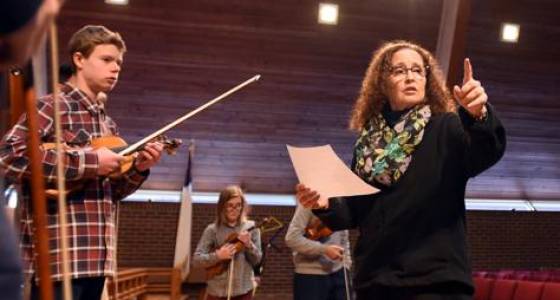 Believing that its ambitions and performance too far outpace targets of the International Energy Conservation Code, Boulder is striking out on its own with a new, city-specific energy code it hopes will be stricter on emissions and easier for customers to use.

Boulder's City Council approved the new program, which is called the City of Boulder Energy Conservation Code, in a unanimous vote.

The move is expected to save 1 million metric tons of carbon dioxide emissions in Boulder by 2031, the year by which officials are hoping to have net-zero energy codes for all buildings in the city.

Boulder is also aiming for an 80 percent cut, from 2005 levels, of greenhouse gas emissions by 2050, and reductions resulting from the newly approved building code are expected to bring Boulder about one-eighth of the way toward the 2050 goal.

The code includes requirements that new commercial and residential buildings have electric vehicle charging infrastructure and be "solar ready" — that is, wired for the possible installation of future photovoltaic systems.

Also under the new code, all new homes larger than 5,000 square feet will be required to have a net energy consumption of zero, meaning they'll have to create as much renewable energy on-site as is used in the home.

Smaller homes will be subject to less stringent rules initially, but the city plans to extend the net-zero requirement to a wider set of properties over time.

And those who alter their existing homes through renovations or additions may trigger enforcement of stricter benchmarks.

City staff believes adopting a stand-alone city code will make compliance simpler because, to this point, customers have had to reference amendments in the Boulder Revised Code and then find those amended sections within the international code.

There has also been some confusion over custom requirements beyond those included in the international code, which resulted in customers having to use three different documents to meet energy code requirements.

Residential buildings will no longer be subject to the city's Green Points program, which has required homeowners to earn "points" by taking certain energy-efficient or otherwise "green" steps at home. The points are used toward earning building permits.

Councilman Matt Appelbaum said he had some hesitation over how the code will impact people who want to make small additions but find themselves having to spend unanticipated amounts of time and money coming into compliance with regulations that will get tougher as the years go on.

"You don't want to make people crazy just because they're doing a relatively small addition or relatively small remodel that unfortunately triggers it," Appelbaum said. "There's a cliff effect. ... And those are always a problem.

"No matter how you do them, they're not quite fair."

Residential buildings account for about 20 percent of total use in Boulder.

"It's much more difficult to achieve net zero in a commercial building than it is in a single-family home, just because of the energy density," she said. "So, that's sort of why we're leading with residential.

"Also, with the recent increase in fees, like the linkage fee, for commercial, it seemed like maybe we didn't need to increase it in the first round."

Tupper was referencing the fact that development impact fees for both residential and commercial buildings are up this year by 2 percent over last year's rates. Commercial developments will also be subject to a 25 percent increase of the affordable housing linkage fee, which the council recently agreed to set at $12 per square foot after months of discussion.

Plus, the city is just coming off its late-2015 approval of a new ordinance requiring commercial and industrial property owners to rate and report the energy efficiency of their buildings, and reports 100 percent compliance so far with the program. Tupper said Boulder is the only city in the country to have achieved that mark.

Data collected from the young program, which is still being rolled out for certain classes of building, will inform the development of energy use intensity targets for commercial buildings, Tupper said.

About half of households in the state are considered at risk of unsafe radon exposure and the problem is even more pronounced in Boulder County, according to public health officials.

Overall, the program is scheduled to receive a comprehensive update every six years, with smaller amendments made every three.

Boulder's achievement levels have consistently been several years ahead of targets set by the international code, which is one big reason the city's taking its own approach now.

"These changes are being considered consciously," Weaver said. "I think this is a very big deal. It's not sexy, because it's energy efficiency, but I'm glad we're doing it."